Thailand-China to Build Floating Solar Power Facility in Ratchathani The project's initiation is running successfully with the government's scheme to generate electricity. 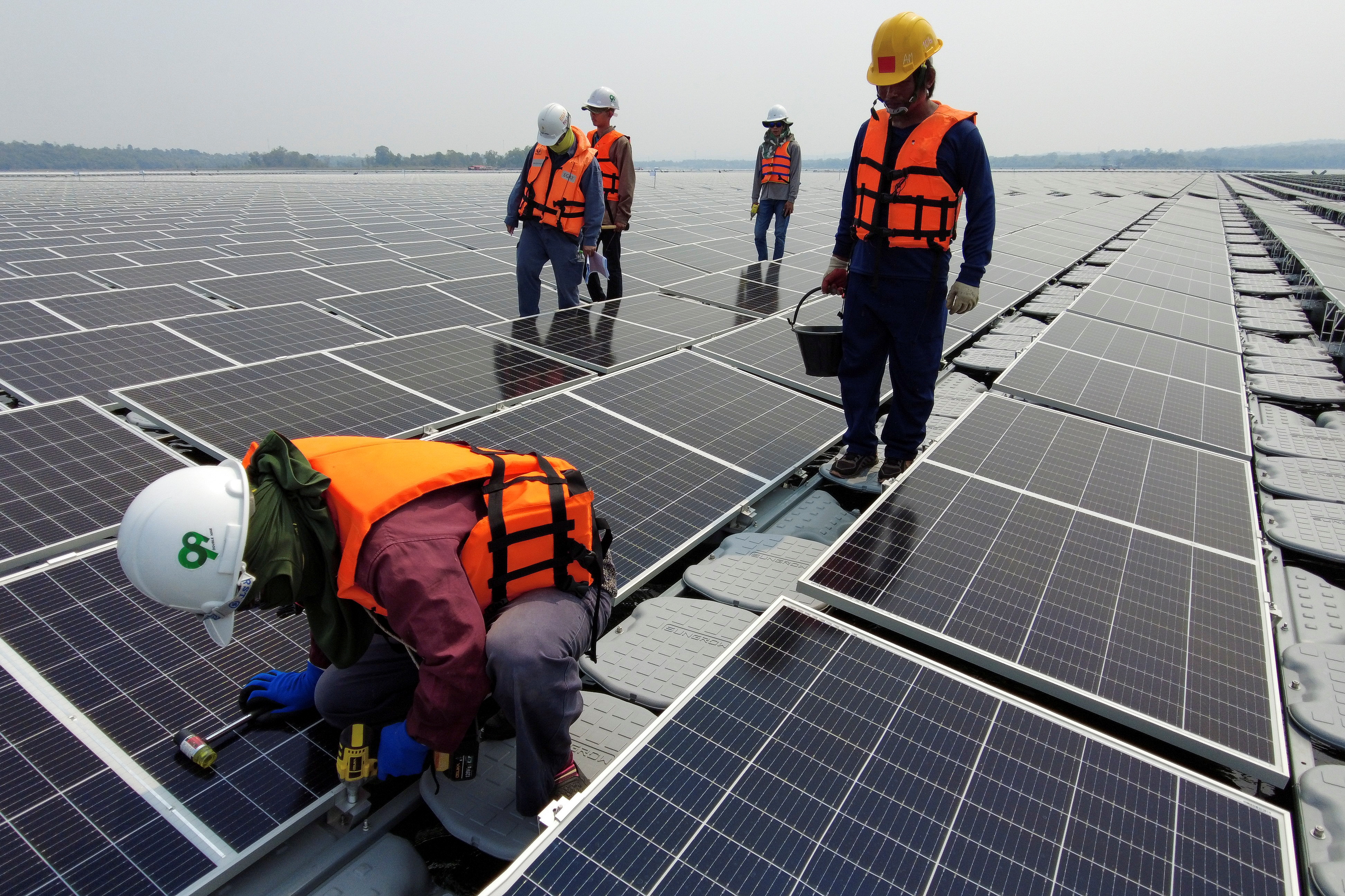 The project’s initiation is running successfully with the government’s scheme to generate electricity through renewable energy. This includes the aim to lessen the dependency on power production through fossil fuel, according to the current Power Development Plan of Thailand.

The hybrid hydro-floating solar for Sirindhorn Dam and the solar power plant produces electricity through sunlight during the day and controlling the output by the Energy Manage System (EMS), it will help to increase the country’s entire power supply with renewable energy.

Provided that, over 1,44,000 units of Solar panels are being installed.  This covers 121 hectares of water area.

Furthermore, the state-run Electricity Generation Authority of Thailand spoke about the project. Says that this project is one of the world’s largest Hybrid hydro-solar power ventures. And there is a plan to build the projects like this at eight more dams in the next 16 years.

“When all the projects are completed in every dam, we will have the total capacity to generate 2,275 megawatts,” stated Project head Chanin Saleechan.

Through this hydro-solar power generation, the power will be shifted to solar and hydropower. Furthermore, depending on which can produce more electricity, a hybrid system allows continuous power generation. Chanin further said,

“The issue here is, there is a high level of electricity reserves, so the investment on this green energy is being done without considering the demand.”

He further added, “Of course we support the investment in renewable energy over fossil fuel. But our priority is also energy efficiency.”

A former Norweigan diplomat, Eric Solheim gave his wished through a tweet,

Bravo Thailand 🇹🇭!
With close to 150,000 panels installed, Thailand has one of the world’s biggest hybrid floating solar farms.

This project is planned to finish by June this year. And it will be generating electricity by the end of 2021.

In contrast, the director of Bangkok-based non-governmental group Energy and Ecology Network said that the floating solar-hydro plan could create an unnecessary budget, although he supports investment in renewable energy.

In another opinion, Chatree Kettong spoke about it. He is the energy development Manager at SCG Chemicals Co., a subsidiary of Siam Cement group.

“Solar farms are easier to set afloat on the water than to install on land, which can require clearing, excavation, and grading. The remaining challenges facing floating solar in the country are the complicated permit process and building credibility. This is a new product, and a new concept, for Thai companies.”

Additionally, Jordan Macknick is the lead energy-water-land analyst. As he explained,

“Floating solar is attractive in Thailand, and the country’s several hydropower plants offer ideal staging waters. Hydropower and floating solar make a lot of sense together because the grid infrastructure is already built.”

He further added, “Hydropower can balance out solar’s variable output and floating systems on reservoirs could reduce evaporation from those reservoirs, which means more fuel for hydropower systems,”

Where does the country stand?

Until now, Thailand relied on coal power generation but now there is a severe contradiction in the production of power through coal as there has been a huge impact on the climate and health of the people. Due to that fact, two southern coal factories are now being shut which were initiated in 2018.

Now the nation has designed its plan to produce electricity through non-fossil fuel sources and generate 35% through it by 2037.