THE ALL-NEW- WARP CHARGE 65: EVERYTHING YOU NEED TO KNOW

OnePlus 8T is supposed to launch in October and the internet is filled with rumours and speculations, some of which are true and others not. Ahead of the launch, OnePlus confirms some rumours via its community forum and the mobile world freaked out on the new upgrade from the OnePlus 8 and new technologies.

One of such rumours that was confirmed by the tech company was the introduction of Warp 65 Charge technology which is supposed to be 65-Watt high-speed charging. Speculations about this new technology were up on the internet, way before the company decided to confirm it.

The current technology used by OnePlus 8 is the Warp Charge 30T which is already fast enough, but this new Warp 65 charge is ultra-fast and the users will enjoy this treat by Oneplus. Smartphone makers, some of them have already launched support for 65-watt charging and it will be a +1 move for OnePlus with its latest OnePlus8T smartphone to bang on with the competition. 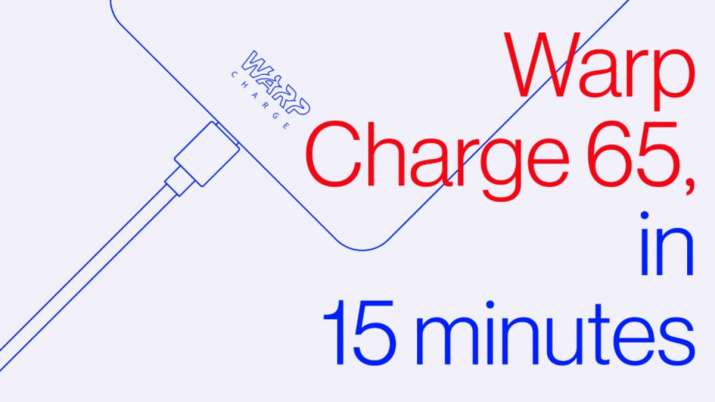 However, the charger that is seen in leaked images, the adapter should support up to 45-watt charging with compatibility to 30T warp charge and 20-watt Dash Charge technology by the company. The charging cable would be Type-C to type-C that ensures faster data transfer speeds and safety.

According to a OnePlus spokesperson, he agrees that Type-C port is a little expensive, but it is safe and convenient to use with a unified charging idea in mind. OnePlus was the first company in the mobile market to have introduced Type-C cables which are faster and safer, since then all manufacturers have copied the design and idea which gives the company a higher ground. It makes the charging environment safe and unified because Type-C cables are universal and are used in almost all devices, except for iPhone of course.

In the recent community forum post by OnePlus, they claim that the new Warp Charge 65 will charge the 4,500mAh battery of the OnePlus8T in just 39 minutes for a whole day.

15 minutes half charge that will last you more than an average smartphone.

Another exciting confirmation from the company includes a 120Hz display for smooth scrolling and seamless functionality. Tech nerds and Oneplus fans are excited about this launch and it is worth it with the Warp Charge 65, OnePlus 8T, 120Hz display resolution.