The cheapest streaming services in India 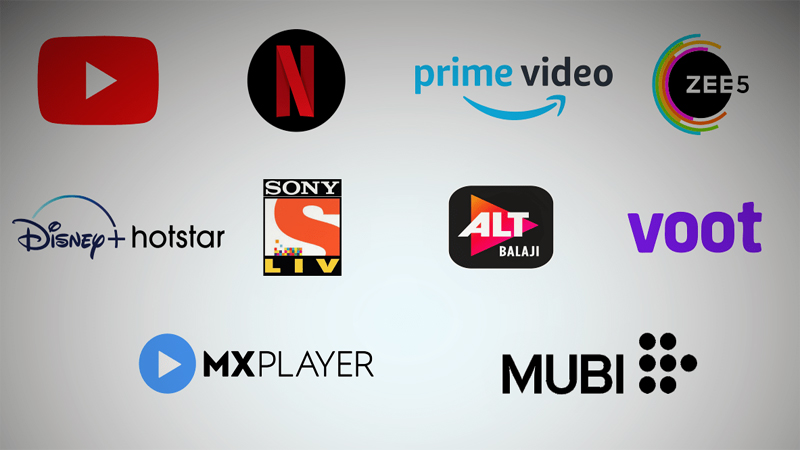 The online streaming industry in India saw a huge increase in demand and growth during the pandemic-induced lockdown in the country. Being forced to stay at home and even working from home put individuals in a situation where they have to depend upon OTT streaming platforms to watch movies, and Tv shows and kill time.

According to a report in January earlier this year, there are nearly 40 market players in the Indian streaming industry out of which the majority are domestic-based services.

The majority of the market share is still claimed by Netflix, Amazon Prime Video and Disney+ Hotstar. SonyLiv and ZEE5 also have a considerable amount of presence in the Indian streaming industry.

Voot by Viacom18 is one of the cheapest streaming services in India with an annual plan of just 299 rupees. Voot which can be accessed from all kinds of devices including smartphones and laptops can introduce you to a huge world of movies and web series for various age groups in multiple Indian local languages.

With more than 1 million paid subscribers and 100 million monthly active users, Voot is pretty much renowned in India for its hours of original content TV shows and movies.

You can get 70% off your VOOT subscription from bonuspanda.com

After Voot, one of the most affordable and cheapest streaming services with quality content in India is ALTBalaji owned by Balaji Telefilms Limited.

ALT Balaji offers an annual subscription plan for just ₹300 which can be accessed by users from 5 devices. The absence of advertisements in the subscription plans also makes ALTBalaji a favourable choice for an Indian customer who wants access to a wide variety of original content shows in various genres.

ZEE5 is the next most affordable streaming service in India with an annual subscription plan of 699 rupees. In effect, a user just has to spend 58 rupees per month to get access to ZEE5 content from 3 screens all at the same time.

The Indian OTT Streaming service claims it has a collection of more than 2800 movies and 150+ web series which can be accessed in more than 11 Indian languages.

With an annual subscription plan of 899 rupees (2 devices in Full HD) Disney+ Hotstar offers premium content from production houses of Walt Disney Studios. Users can also get access to a wide range of content from Pixar, Marvel Studios and Lucas Films.

Disney Hotstar also offers a premium service of 1499 rupees per year which enables users to get access to content from 4 devices at a time.

Amazon Prime Video of Amazon LLC offers an annual subscription of 1499 along with various other benefits such as prime delivery on Amazon app orders and ad-free music on the Amazon Music app.

The service can be accessed from almost all compatible devices and Platforms.

International streaming giant Netflix offers an annual mobile plan subscription in India for a price of 1788 rupees which enables users to get access to Netflix content from mobile in SD quality.