According to the reports, it is believed that Canadian crypto exchanges BitBuy and Newton are going to impose restrictions on the crypto investors. It is noted that any resident in Canada won’t be allowed to trade if they surpass the limit which is set at CAD$30,000. Though the rule has exceptions where in cryptocurrencies such as Bitcoin, Ethereum, Litecoins and Bitcoin Cash won’t come under the rule, the rule did get a lot of back-lash from the community.

OSC, Ontario Securities Commission, which is piloting the rule, has surely got a lot of criticism from the community members. Upon receiving the criticism, the commission reportedly made a statement that, the rule has been enacted to save the investors. Let’s look what does OSO actually means.

Protection of investors, a priority! 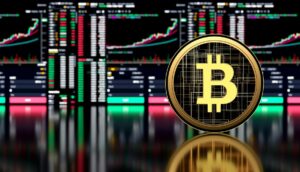 As the new rule strikes the Canadian crypto market, the crypto community burst, criticizing the rule, left, right and center. The below tweets are some of the examples of how the situation is:

If you are doing something silly like Canada 🇨🇦 best to go with % of Net Worth rather than annual sum – New regulatory changes in Canada for crypto. You are allowed to buy as much #BTC / $ETH / $LTC / $BCH as you want, but any other crypto has a limit of 30k net buy per year. 🤮 pic.twitter.com/IPrZq4k6S1

After seeing how the community started reacting, Vitalik Butterin, who is the co-founder of Ethereum Blockchain went on to comment on the situation.

The co-founder of Ethereum, even when the native token of his blockchain was ruled out as an exception went on to support the criticism for the new rule. Vitalik’s tweet is attached below, to give us a clear picture of what he believes about the rule:

Glad to see Ethereum people pushing against regulations that privilege ETH over other legitimate cryptocurrencies.

(I have not dug into the details of what specifically is going on and to what extent it’s a gov thing vs a compliance decision of one business, but either way…) https://t.co/NDYPh5rqsk

Seeing the back-lash, it makes me believe that the rule might not stand grounds and might get revoked more sooner than anticipated.

What do you think about the new rule in Canada? Do you think the outburst from the community members was right? Share your thoughts in the comment section below. Also if you found the content informative, then please share it with your family and friends.