The DMA, which was agreed to by negotiators in Brussels in March, is aimed at ‘gatekeeper firms,’ such as Facebook and Google, which have the authority to regulate distribution in their markets.

According to a TechCrunch story, Margrethe Vestager, executive vice president of the European Commission, indicated that the EU (European Union) will begin enforcing the Digital Markets Act (DMA) by spring 2023. Vestager has stated that the bill aimed at limiting big tech companies might take effect as soon as October of this year. 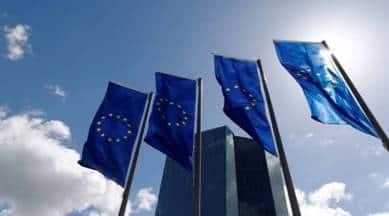 “The DMA will go into effect next spring, and we’re getting ready to enforce it as soon as the first notices come in,” Vestager said in a speech on May 5, according to a news release from the commission. “I’m looking forward to the next episode. It entails numerous tangible preparations. It has to do with establishing new structures within the Commission. It concerns the creation of additional law texts on procedures or notification forms. Our teams are presently working on all of these preparations, and we hope to present the new structures as soon as possible,” she added.

] The DMA, which was agreed to by negotiators in Brussels in March, is aimed at ‘gatekeeper firms,’ such as Facebook and Google, which have the authority to regulate distribution in their markets. The following are some of the important rules established for these gatekeepers:

Gatekeepers are enterprises with a market value of 75 billion euros or 7.5 billion euros in annual revenue within the EU, and at least 45 million monthly end-users and 10,000 yearly business users in at least one core platform, such as web browsers and virtual assistants, according to the negotiators.