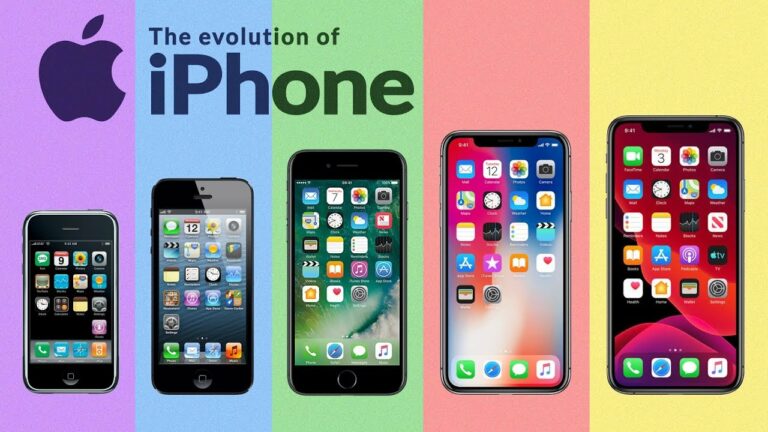 As usual, Apple did not make any big changes to the basic design of the iPhone in the new iPhone 14 series. Technology-wise, iPhone 14 Pro Max got screens with higher resolution, a 6.7-inch Super Retina XDR OLED display, a new A16 Bionic chipset with a 6-core CPU, and a more efficient processor. Pro Max devices also got battery packs with higher efficiency.

Check out more about iPhone14 at – https://www.moyo.ua/telecommunication/smart/iphone-14/

Even though pre-orders for iPhone 14 skyrocketed, the actual demand was softer than the earlier version. This forced the company to cut b ack on production orders and sales prediction.

Despite all the challenges posed by slowing economic activity and high inflation, Apple Inc posted revenue of $83 billion and a net quarterly profit of $19.4 billion during the third quarter of the current financial year. A major part of the revenue and net profit came from the sale of iPhones and affiliated services.

Since the launch of the first iPhone in 2007, Apple Inc has produced 38 iPhone models in total. The launch of each new model was coupled with breakthrough tech revolution and highly sophisticated features which were warmly welcomed by consumers and the market.

History was created in Macworld San Francisco on January 9, 2007, when the then Apple CEO Steve Jobs introduced the first iPhone to the world. With 16 GB storage, a 2 MP camera, and 128 MB memory, it was a revolutionary product at that time. The world was only used to slider and keypad mobile phones till then. “iPhone is a revolutionary and magical product that is five years ahead of any other mobile phone,” said Steve Jobs, Apple’s CEO

The next iPhone model, iPhone 3G, came in 2008 without much difference in storage, camera, and memory. But Apple for the first time introduced the App store and 3G connectivity into their mobile devices.

iPhone 3GS which was released in 20098 was technologically more equipped than earlier models as storage got increased to 32 GB. Memory doubled to 256 MB while the camera was updated to 3 MP. Apart from upgrades, there were new features such as video calls and voice control.

iPhone 4 of 2010 was the first Apple device to have a front-facing camera. While storage reminded the same, memory doubled to 512 MB and the camera again got a degradation to 5 MP.

“Hello Siri”, yes, iPhone 4S was the first iPhone device to have Siri in its system. While Apple maintained memory at 512 MB, total storage was given an enhancement to 64 GB. Camera quality also went up from 5 MP to 8 MP.

iPhone 5 from 2012 got a major upgrade in memory as the new device offered 1 GB of memory. Storage and camera remained the same. It is also important to note that the screen got bigger for the first time in this model.

Apple sold 9 Million units of iPhone 5s and iPhone 5c in the first week of launch. While the iPhone 5c was an affordable model with features similar to earlier iPhones, the iPhone 5s had revolutionary new features such as  Touch ID, dual flash, and slow-motion video.

After several years, the iPhone 6s and 6s Plus got upgrades in camera quality (12 MP) and memory (2 GB). 3D touch was introduced in these models. Apple sold over 13 million units of these models by the weekend.

iPhone SE which was launched in 2016 had similar features and options to the iPhone 6s. Consumers were happy with the new device as it was released as part of offering an affordable device with high-quality features.

iPhone 7 and 7 Plus which were launched a few months after iPhone SE, witnessed the company shifting its base model to 32 GB from earlier versions of 16 GB. The total storage could go up to 256 GB. iPhone 7 Plus was more popular among the masses as it got a new dual camera which helped in clicking high-quality zoomed photos.

iPhone 8 and 8 Plus released in 2017 was the first iPhone models to get wireless charging. The company also introduced a glass cover on the back of the iPhone. Apart from physical appearance, camera, and image editing got serious updates with new filters and editing tools.

Released in 2018, iPhone XS and XS Max saw major upgradation in processing power as the new models were installed with A12 bionic chips.

iPhone XR was not much different from XS and XS Max models as there were only slight differences in display quality. iPhone XR was released as an affordable model in the X series.

Models in iPhone 11 series got enhancements in the display, camera quality, and smaller screen size. Other features such as storage, memory, and processor remained more or less the same.

The second generation iPhone SE had many similarities to the original iPhone SE. The screen size got a smaller 4.7-inch Retina HD display. The model which came at a lower price had features similar to most expensive Apple iPhone models.

iPhone 12 and 12 Mini released in October 2020 had very similar features other than the size. iPhone 12 Mini was a super thin and light smartphone measuring just 5.4 inches (13.72 centimeters). iPhone 12 was 6.1 inches. 12 Mini had 2 hours lesser battery life than iPhone 12.

iPhone 12 Pro had a 3 front camera lens arrangement similar to iPhone 11, but this time with Lidar scanning, upgraded night mode, and highly advanced zoom range. iPhone 12 Pro Max had a bigger size than iPhone 12 Pro and also came with better features and camera lens upgrades which were suitable for professional photography.

iPhone 13 series launched in 2021 continued to follow base designs and features similar to earlier models. Some minute changes were made to the sizes of devices. Apart from this, additional camera and image features were added to the devices.

iPhone 13 Pro and Pro Max to 1 TB storage space (the biggest for any device in the iPhone series) and claims to have higher battery capacity.

The third generation iPhone SE which was released in March 2022 maintained the 4.7-inch Retina HD display and Home button design of the first generation iPhone SE. The new model which was cheaper than other advanced models of iPhone had highly enhanced features such as 5G, an A15 Bionic chip, an advanced camera system with Portrait mode, Depth Control, high-definition video, Deep Fusion, wireless charging capability, and long battery life.

The latest iPhone models from Apple, iPhone 14, 14 Plus, 14 Pro, and 14 Pro Max were released in September and October months of 2022. Apple gave more focus to security in the new models with features such as Crash Detection and Emergency SOS via Satellite. The new A16 Bionic chip gives the batteries more power and efficiency. iPhone 14 Pro and Pro Max also got a 48 MP camera which was a long jump from the 12 MP camera offered in previous models.