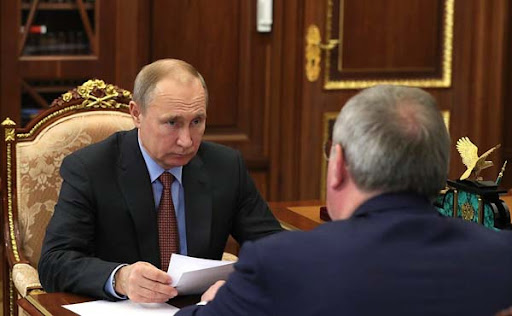 Space tourism is the future and only those space programs that are commercializing space tourism and hospitality will become the global leaders in this new niche of business, and maybe, Russia will not be one of those leaders.

According to recent reports, Russia’s space program budgets have been slashed in half by Vladimir Putin, who expects better results with these low financials. The funding will be slashed during the three years from 2022 to 2024 where the cuts will be 16 per cent effective every year annually.

As mentioned in a report by Ars Technica, for the year 2022, the space budget for space travel and space-related projects will be USD 2.9 billion or 210 billion rubles. In the previous year, the annual budget for the Russian space program was 40.3 billion rubles or even more than that. Now, a 16 per cent cut will follow for the space program every year and everyone including the head of the Russian space agency, Roscosmos Dimitry Rogozin, is concerned about the future of space program in Russia, especially with tough competition from the United States space agencies like SpaceX, BlueOrigin and NASA.

Reports have stated the reason for this price cut to be Putin’s unhappiness with the performance of Russia’s space agency and whatever activities they are performing under the program. Putin has criticised the failures of its space agency during meetings, and the industry’s failure to reach directives on long-term goals in the Space-related niche, be it commercialisation or exploration. As mentioned in a report by Ars Technica, Roscosmos failed to hit 30 out of 83 stated directives of the national space program.

Somewhere down the line, it has started to feel like infusing so much capital into something which is not working out is the correct decision taken by Putin, but it is not a small business company that we are talking about here, it is a national space agency that we are dealing with. Operating a national space agency is a capital-intensive task that requires major funding for research and execution purposes, if Putin slashes on those fundings, it will be very difficult for the agency to survive and compete with the rest of the world, especially the U.S. in this space tourism market.

These cuts imposed by Vladimir Putin definitely raise a question on the future of Roscosmos, a space agency that has already been revived so many times, following the break-up of the Soviet Union back in the 90s.

What do you think? Is it a wise decision to slash funding for Roscosmos? It’s a big NO for me.