The metaverse will host most of your office meetings within two or three years, says Bill Gates

As Bill Gates pondered on what he calls his “most odd and difficult year,” the billionaire expressed confidence for the years ahead, particularly for our “more digitized future” in 2022 and beyond.

The metaverse will host most of your office meetings 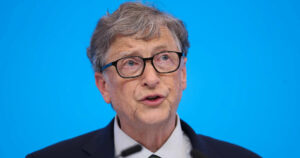 Gates made a forecast about the future of work in a year-end post on his blog, predicting how the rise of the metaverse, the virtual worlds being constructed by Internet giants like Meta (previously Facebook) and Microsoft where users will be able to work, play, and socialize, could affect it.

According to Gates, the Covid-19 pandemic has already “revolutionized” the workplace, with more organizations than ever offering flexibility for remote workers. “Those changes will only accelerate in the coming years,” Gates argues, adding that remote working will entice more people to join the metaverse.

“I believe that most virtual meetings will shift from 2D camera image grids…to the metaverse, a 3D place with digital avatars, within the next two or three years,” Gates says in his blog post.

Most video conferencing solutions, such as Zoom or Microsoft’s Teams, now provide that two-dimensional, grid perspective Gates explains, which he compares to the game show “Hollywood Squares.” Meanwhile, in the metaverse, you’d have a 3D avatar that could attend meetings in a virtual office space or other location and interact with the avatars of your coworkers.

“The notion is that you’ll eventually use your avatar to meet with folks in a virtual place that seems like you’re in the same room with them,” Gates writes. However, Gates claims that users will need to employ virtual reality headsets or goggles to do so.

Microsoft is working on adding 3D avatars and other metaverse-friendly components to its Teams office software, according to Gates, who stepped down from the board of directors in 2020. And now that Microsoft has partnered with Mark Zuckerberg and Meta to make the latter’s Workplace social network for enterprises compatible with Teams, Teams may have a clear on-ramp to the metaverse.

Of course, Gates acknowledges that his idea for a virtual workplace in the metaverse would need time and willingness on the part of users and their businesses. To begin with, virtual worlds that will make up the metaverse are still being developed by firms like Meta and even game platforms like Roblox and Microsoft’s own Minecraft. People will need pricey tech equipment, such as VR headsets and maybe motion-capture gloves, to “accurately capture your expressions, body language, and the quality of your speech,” according to Gates.

“We’re approaching a threshold where the technology begins to truly replicate the experience of being together in the office,” he writes. Bill Gates, philanthropist, climate activist, and public health advocate, recently shared his excitement about how a technological future will influence how we work, learn, and even visit physicians – but he also touched on a variety of other topics, including progress on combating the Covid-19 pandemic, combating climate change, and even his divorce in 2021.

Also read: Someone launched Mongoose Coin after a congressman mocked “Mongoose Coin” at a cryptocurrency hearing