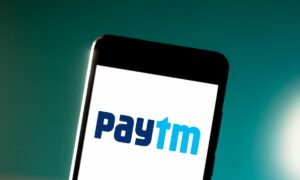 “The Bank can participate in RFPs issued by the government and other big enterprises, primary auctions, fixed-rate and variable-rate repos, and reverse repos, as well as the Marginal Standing Facility,” it stated.

According to the press release, the Bank will now be qualified to participate in government-run financial inclusion initiatives.

Banks that satisfy the RBI that their affairs are not being conducted in a manner detrimental to the interests of its depositors are included in the second schedule, according to the RBI Act 1934.

“The inclusion of Paytm Payments Bank in the Second Schedule to the Reserve Bank of India Act, 1934 will enable us to innovate even more and provide more financial services and products to India’s underserved and unserved population,” stated Satish Kumar Gupta, MD and CEO of Paytm Payments Bank.