The new Nintendo Switch OLED is the talk of Twitter town right now!

It seems like Twitter has got yet another topic to mull over and to marvel about. We are talking about the new Nintendo Switch OLED, which hasn’t exactly taken the gaming world by storm, a breeze would be more appropriate given the fact that the new Switch doesn’t have any exciting features that will excite every working cell in a user. However, it does have some new upgrades that are worth appreciating if you are in the mood to appreciate. Because, in comparison to the version that came out in the year 2017, the new one seems like a long-lost twin or rather a twin with some of the features that the former was supposed to possess but somehow went missing. Whether a twin or a win, Switch OLED has made it to the trending list on Twitter, and netizens are indeed engaged in the discussion surrounding the same. 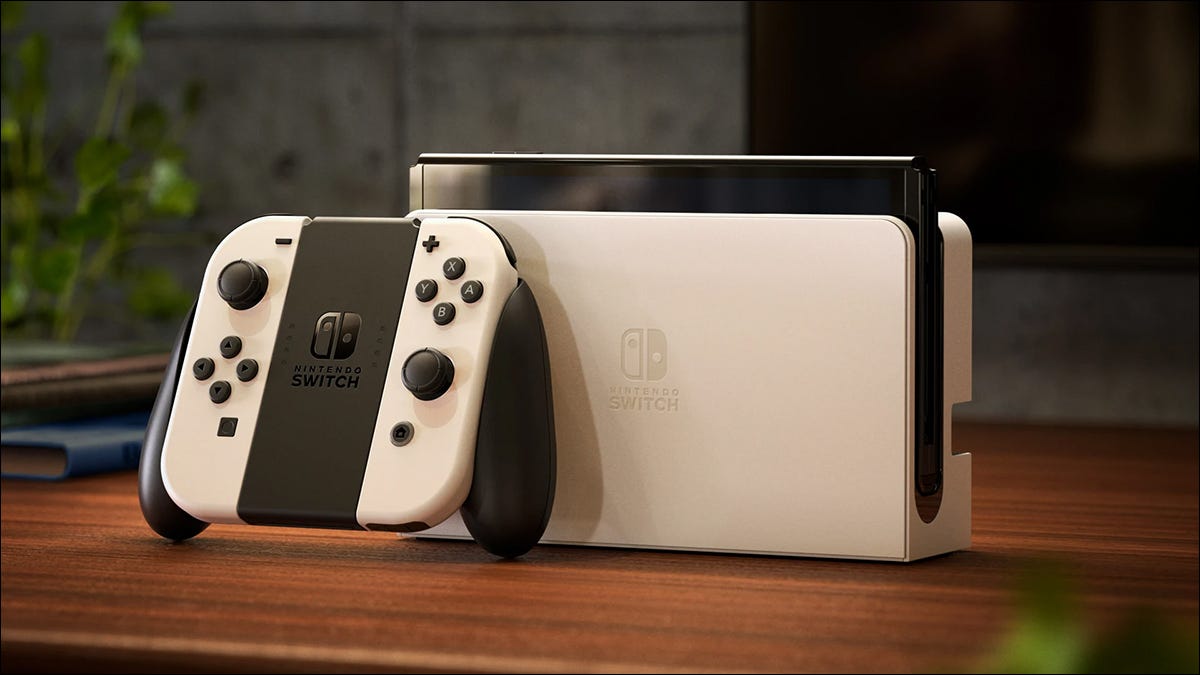 Sometimes with a new version, it is hard to spot the difference or the upgrades owing to the subtle and nuanced way in which it is incorporated. However, that doesn’t change the fact that they exist. Let us look at a few new features that the new Switch OLED has. In the case of the Switch OLED, it cannot be said that the change is too subtle to notice because if you pay attention to the screen, you will see that the gadget has upped its game there. Although when you cast your first glance, you will just see your good old Switch with no commentable difference whether it be with respect to games or controllers or interface or hardware.

However, the interesting part comes when you switch it on. The big and bright screen of the OLED will surely pique your interest. Although it doesn’t have a direct impact on the Switch’s functions, it does augment and upgrade your experience. It would not be an exaggeration to say that the screen is the actual star here taking up all the spotlight. The advanced brightness and vibrance will definitely add to the user experience. It is evident from the upgrade that with the OLED, Nintendo has focused more on the design than the technology. The inbuilt stand is a major plus and something that is quite intriguing. Apart from these two major noticeable changes, the rest are pretty small and therefore tend to be overlooked. For the time being, let’s just take Nintendo’s word for it and believe that they are there. Here are a few reactions and responses on Twitter to the new Nintendo Switch OLED.

This is exactly what I was talking about yesterday

Look how good 3D All Stars looks with pure black borders on the OLED, then Switch Online in comparison is garish https://t.co/ATLcIzHQ37

I don't think people are prepared for how STUNNING the Switch OLED actually is.

The screen size increase is much more dramatic than I expected, and MY LORD the OLED makes games with colorful art direction (AKA any Nintendo game) absolutely sing. pic.twitter.com/ugbUxJlkFk

gonna buy a switch oled just so i can watch my girl inhaling tea fumes on a slightly better screen pic.twitter.com/8UiVJZyLYT

The worst thing about the Switch OLED is it's so beautiful I almost don't want to touch ithttps://t.co/61fk45CoTV pic.twitter.com/0A6EjhqQHH

Is anyone actually buying the Switch Oled? pic.twitter.com/OWrJxB89dX

“Tech review” videos when the Switch OLED comes out next week pic.twitter.com/okDi4BoRKZ

I don’t want a Switch OLED…but if there was a SMTV OLED LE version 👀 pic.twitter.com/J4Jw5cYeVX