The U.S. government has a massive, secret stockpile of Bitcoin – here’s what happens to it

US government agencies have been selling Bitcoins and other cryptocurrencies at auction for years. Uncle Sam has a poor track record when it comes to timing the market. The U.S. government has a massive, secret stockpile of Bitcoin – here’s what happens to it.

U.S. government has a massive, secret stockpile of Bitcoin 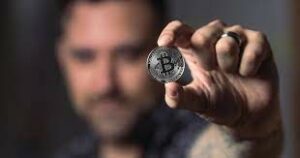 All of the Bitcoin was seized by the government, along with the normal assets seized in high-profile criminal sting operations. Everything is sold in the same manner.

“It could be 10 boats, 12 cars, and then one of the lots is X number of Bitcoin being auctioned,” commented Jarod Koopman, director of the Internal Revenue Service’s cybercrime division.

Authorities confiscated $56 million worth of cryptocurrency as part of a Ponzi scheme investigation involving offshore crypto lending platform BitConnect, which will be auctioned off next. Unlike past auctions, when the revenues are transferred to various government organizations, the money from this crypto sale will be used to compensate fraud victims.

The government’s crypto seizure and selling operation is expanding so quickly that it has just engaged the help of the private sector to manage the storage and sale of its token stockpile.

To trace and seize cryptographically created tokens, which were naturally designed to elude law enforcement, the US has mostly relied on traditional crime-fighting techniques.

“When it comes to creativity and technology, the government is always a few steps behind the crooks,” said Jud Welle, a former federal cybercrime prosecutor.

The transit of Bitcoin and other cryptocurrencies through the criminal justice system in the United States currently has three major intersections.

The search and seizure phase is the initial step. The second is the liquidation of crypto that has been raided. The final step is to put the money raised from cryptocurrency sales to good use.

According to Koopman, the first stage is a cooperative effort in practice. He added his staff frequently collaborates with other government authorities on joint investigations. The FBI, Homeland Security, the Secret Service, the Drug Enforcement Agency, or the Bureau of Alcohol, Tobacco, Firearms, and Explosives might all be involved.

Other agencies with more funding and resources concentrate on the technical aspects. Multiple agents are present during the seizure to guarantee proper oversight. Managers are included, as those who set up the requisite hardware wallets to secure the confiscated cryptocurrency.

The US Marshals Service is the major agency in charge of auctioning off the government’s crypto holdings once a case is closed. It has seized and auctioned over 185,000 bitcoins thus far. That hoard of coins is now worth roughly $8.6 billion, even though many of them were sold in batches at far lower prices than they are now.

It’s a hefty job for one government agency to handle, which is why the Marshals Service no longer takes on the obligation alone.

Earlier this year, the US General Services Administration, which usually auctions surplus federal assets like tractors, placed confiscated bitcoins on the auction table.

The Department of Justice picked San Francisco-based Anchorage Digital to be its custodian for cryptocurrencies confiscated or forfeited in criminal cases in July, after a more than year-long search.

Anchorage, the first officially chartered cryptocurrency bank, will assist the government in storing and liquidating digital assets. BitGo had previously been given the contract.

“The fact that the Marshals Service is getting professionals to help them is a good sign that this is here to stay,” said Sharon Cohen Levin, who worked on the first Silk Road prosecution and spent 20 years as the chief of the U.S. Attorney’s Office for the Southern District of New York’s money laundering and asset forfeiture unit.

The government seized $1 billion in Bitcoin linked to Silk Road in November 2020. Those Bitcoins are sitting idle in a crypto wallet because the lawsuit is still pending. The government’s coffers would have been a lot greater if it had sold its Bitcoin holding when the token’s price soared above $67,000 last month, rather than at today’s pricing.