Users in mainland China can no longer access three of the most popular crypto market data sites.

According to tests conducted by The Block, China’s internet firewall is presently blocking CoinGecko, CoinMarketCap, and TradingView. As of press time, search results on Greatfire.org, an online tool for checking sites that are in control of China’s Great Firewall, reveal that all three sites are facing complete prohibition. 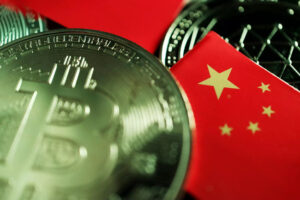 It’s unclear when they were unreachable, but users first noticed the problem early Tuesday morning in China time.

It appears that these data sites did not actively block Chinese IP access; rather, China’s internet censorship organisation took the initiative. “As far as we know,” CoinGecko co-founder TM Lee told The Block, “we didn’t block proactively.”

When contacted, a spokesperson from CoinMarketCap claimed the company has “no comment.” Bybt.com, on the other hand, has aggressively limited IP access from mainland China. According to the results of a te by Greatfire.org, Bybt.com has not been blocked by China’s internet firewall.

The banning of crypto data sites is the latest indicator that China is attempting to limit Chinese customers’ exposure to market information as well as pressuring crypto enterprises with roots and services in the country out of the country.

However, mainland Chinese users can still access the two sites by using virtual private networks (VPNs) to bypass the firewall.

The use of VPNs is also increasing among the Chinese crypto community, following the People’s Bank of China’s announcement last Friday of tougher efforts to crack down on crypto mining and trade.

In order to avoid government punishment, operators of several crypto chat rooms on the Chinese messaging app WeChat have either changed the names of their groups or dissolved them in order to relocate to Telegram.

Many of them also shared guides on how to set up VPNs and join Telegram chat groups to discuss crypto-related topics in a more secure manner.