The Walking Dead: Saints and Sinners Crosses $50 Million in Revenue Developed by Skydance Entertainment, based on Virtual Reality. 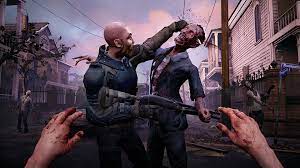 Virtual Reality (VR) is in a constant battle to show how it can be a good source of revenue for developers. That’s why giant tech Facebook also going to invest in this technology. The Walking Dead: Saints & Sinners is one of the biggest VR videogames of 2020 and today. Skydance Interactive has announced their revenue just pass to $50 million USD since release, across all the platforms.

This Skydance Entertainment developed game is based on Virtual Reality. It was launched in January 2020 and then launched back in February 2020. It was available for VR headsets on PC, Oculus Quest, and Playstation VR.

The Walking Dead: Saints & Sinners is a virtual reality first-person shooting game shooter survival horror game. This game is based on the Skybound Entertainment comic book series The Walking Dead by Robert Kirkman. In this game, you will be dropped in a zombie-flooded city after the zombie apocalypse has destroyed the city. Roaming through the towns you are hunting for some supplies while getting combat with the battles of the townsfolk. But not forget about the undead creatures sneak in corners.

The player can kill “walkers or zombies” by stabbing through the skull, puncturing the brain. There is a timer in the game called “The Bells,” where after a certain time. Once the bells will ring, a horde spawned in and chase after the player. 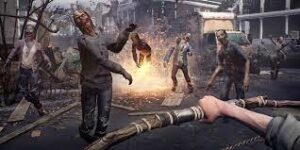 The Walking Dead: Saints & Saints won road to VR’s Oculus Quest Game of the Year in 2020. This game is truly level of realism and provides you with all the tools to counter the hordes of walkers. It is played at the post-apocalyptic wards of a shattered New Orleans. Along with the guns, players can combat with melee weapons and bow against the undead creatures.

There are two sections – The Tower and The Reclaimed – that the player has to engage with random events in which either you are giving supplies to the survivor or fighting with them.

Since that launch, the studio rolled out some updates. Most recently, the Aftershocks Update create a big expansion in the videogame and extended the campaign or gameplay for several hours.