This CEO will now pay his employees in gold

As per a report in the local business publication City A.M., a London-based CEO would now pay his employees in gold to assist them to keep ahead of inflation. 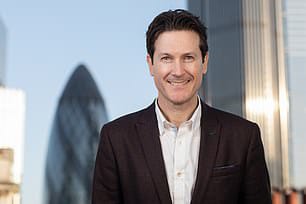 According to Cameron Parry, CEO of financial services firm TallyMoney, gold is a “time-tested inflation hedge.”

“At times like these, when conventional money is steadily losing its buying power, gold offers people the best chance of keeping ahead of inflation,” he incorporated.

According to Parry, the pound’s purchasing power is dropping at an “alarming rate,” while the value of gold has been steadily rising this year.

For the time being, Parry’s TallyMoney, which employs over 20 people, is exclusively paying senior employees in gold. However, the corporation intends to implement the new pay model across the board. According to the publication, Parry receives his salary in gold.

Employees at his firm, though, can continue to receive their pay in pounds.

Living costs are rising in the United Kingdom, and the pound has plunged to a two-year low. The Bank of England has predicted that 2022 will be a year of economic contraction.

Tally is an independent monetary network and hard-asset currency that operates in tandem with the existing banking infrastructure.

Tally is the name of both the platform and the money. 1 Tally is equal to 1 milligram of vaulted gold. Using gold as a 100 percent physical reserve protects the customer’s money from inflation and the systemic bank dangers associated with the fiat currency-based fractional reserve banking model, while yet providing the familiar use of a personal bank account and contactless debit card.

For the first time, Tally offers consumers the option of opening a banking account with a currency that is independent, insulated, and revolutionary, putting ultimate control and certainty in the hands of the user.

It’s one of the most commonly used words in economics. Inflation has thrown countries into protracted periods of uncertainty. Central bankers frequently seek to be dubbed “inflation hawks.” Politicians have won elections by promising to tackle inflation, only to lose power when they fail to deliver. In 1974, President Gerald Ford declared inflation to be the number one public enemy in the United States.

Inflation is the rate at which prices rise over a specific time period. Inflation is often defined as a broad measure, such as the overall increase in prices or the cost of living in a country.

In any context, inflation represents how much more costly a specific set of products and/or services has grown over a specific time period, most typically a year.