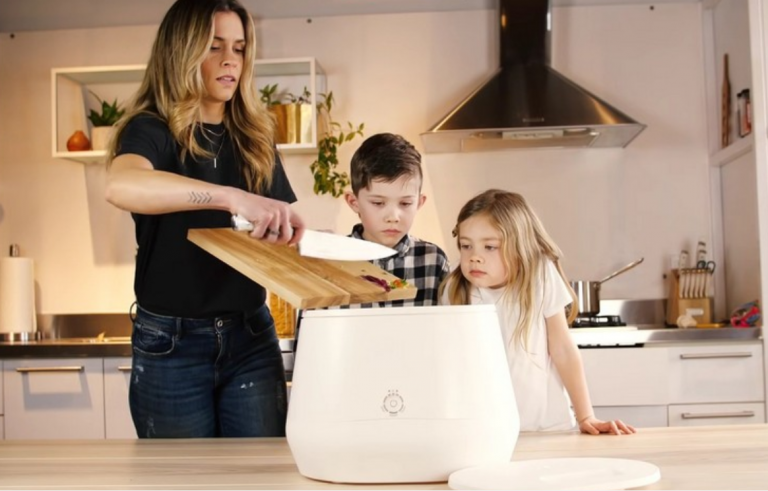 This Is A Device Which Can Be Used To Convert Your Food Waste To Nutrient-Rich & Odorless Compost Image Credits: Beebom
Home
Gadgets

This Is A Device Which Can Be Used To Convert Your Food Waste To Nutrient-Rich & Odorless Compost, Checkout With this device you can turn your food waste to nutrient rich & odorless compost helping for better waste management, Checkout to know

As global climate change begins to have an effect on the environment, improved waste management strategies are needed now more than ever to reduce the volume of waste in the world.

Food waste, for example, is easier to handle because it can be converted into nutrient-rich composts. Composting, on the other hand, is a lengthy and time-consuming operation. To make it easier for people to compost food waste at home, a Canadian company has developed a mini composter that converts food waste into compost at the touch of a button.

Lomi is a rice-cooker-shaped system developed by Pela that can turn biodegradable waste into nutrient-rich compost.

As a result, consumers will put in just about anything biodegradable, such as organic waste, wooden cutlery from food orders, and even the company’s compostable phone cases to create odorless, mess-free compost. Fire, abrasion, and oxygen are used to convert waste into compost that is safe for the ecosystem.

According to the organization, food waste in North America alone amounts to about 330 billion pounds per year. This, along with plastic and other non-biodegradable waste, allows landfills to overflow and contribute to global warming. Pela decided to remove food waste from the mix of Lomi in order to reduce the total volume of waste.

The corporation claims to have spent three years on Lomi, testing thousands of composting systems. Since doing preliminary testing, the team invested a significant amount of time prototyping the product in order to make it more lightweight and house-friendly. Pela is now able to mass-produce Lomi and ship it to consumers all over the world.

Compact Home Composter By Lomi  – Pricing And When Will It Be Available?

Lomi is currently being funded by an Indiegogo initiative, which has so far raised over $4 million from over 11,000 supporters. So, if you want to reserve a computer from the campaign list, click here.