We all have been long waiting for a Bitcoin ETF in the US. But the SEC hasn’t approved even a single application till now. While most other countries have a BTC or ETH ETF, the US has a dozen of pending applications, maybe even more. But now they have approved an ETF that is not directly involved with crypto per se but is definitely the closest thing to a Bitcoin ETF. Let’s take a look at this newly approved fund.

The closest thing to a Bitcoin ETF in the US

Recently, the US SEC has approved Volt Equity’s ETF which tracks and invests in companies that have most of their assets in BTC. In fact, these companies also derive a huge chunk of their profits from Bitcoin. These activities could be anything like mining, lending or even making equipment that mines Bitcoin. All in all the revenue should be directly dependent on BTC and how is it doing. The CEO of the fund calls these companies “Bitcoin revolution companies”. For example, some of the prime examples of this will be Microstrategy, Bitfarms, and other mining companies. 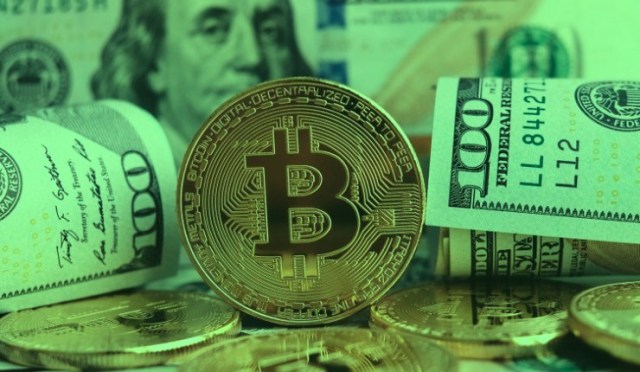 The fund was approved on 5th October and will be traded with the ticker name BTCR. The CEO of the fund also said that he is a strong believer in BTC and thinks that investing in companies that are part of the BTC revolution is a great way to gain exposure. This fund will let people reap the rewards of a Bitcoin ETF even though they are not directly investing in the cryptocurrency.

This is one of a kind ETF as no other company has done this before. To understand the markets better the ETF will also take into account the Stock-to-flow model which will evaluate the price of BTC based on flow. Another thing to note about the ETF is that 20% of its funds will be invested in normal equity markets to reduce the risk of the fund.

Do you think that Volt’s Equity ETF is the closest thing to a Bitcoin ETF? And is it a good idea to get exposure to companies directly dependent on BTC? Let us know in the comments below. Also, if you found our content informative do like and share it with your friends.

Also Read: US announces an enforcement team for cryptocurrency misuse