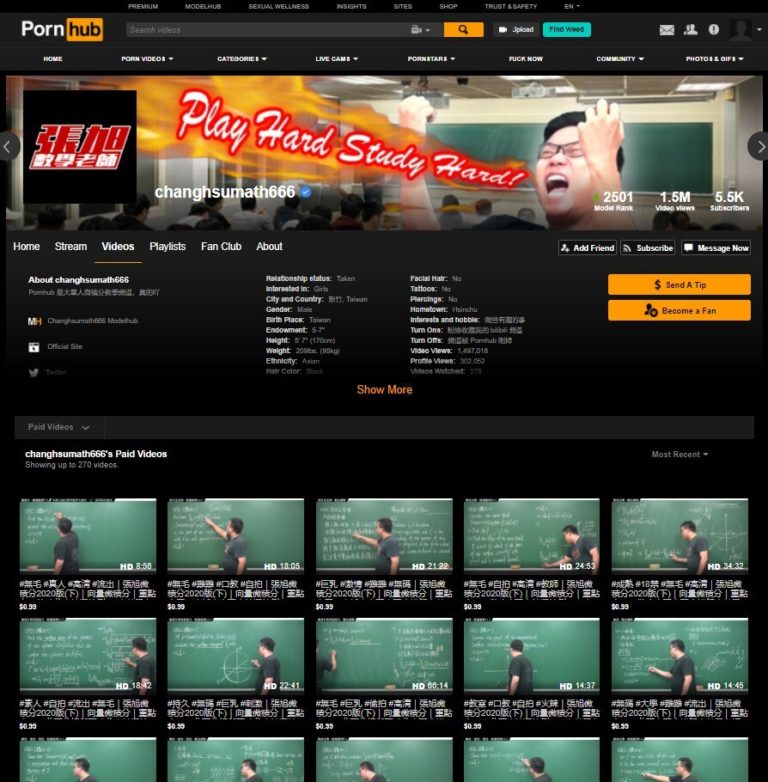 He told Mel Magazine that he’d like to tap into a new market of math students.

“Since very few people teach math on adult video platforms, and since there are so many people who watch videos on them, I thought that if I uploaded my videos there, a lot of people would see them.”

Mel Magaine reports that his online course generates a total of $7,500,000 New Taiwan dollars (about $250,000 US) per year, which he uses to pay his bills and pay a good wage to his staff who assist him in teaching on his numerous platforms. 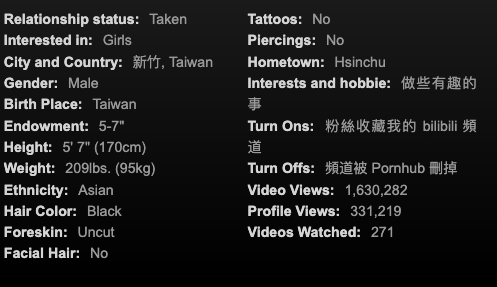