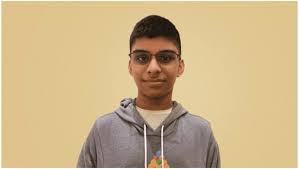 Taksh is a DeFi protocol that was released in 2021 on Avalanche, an Ethereum-compatible smart contract platform. Its goal, according to Naik, is to provide customers with a reward system that will assist them to maximise their yields and savings by using compounding rewards and yield farming.

“With finance, my goal is to find investors who can help me figure out how to build the product while also kicking off hiring and other marketing operations,” Naik told Blockworks.

Frontier founder Ravindra Kumar and many unknown investors participated in the financing. According to Naik, the funds received will be used to further expand the initiative and conduct audits. “I can’t use centralized exchanges and because of my age I am unable to sign contracts, therefore smart contracts have enabled me to raise funding, despite my age.”

Smart contracts on the blockchain allow investors to provide capital, automate processes, and execute agreements without the use of middlemen. Smart contracts, according to Naik, will open opportunities for many more pre-teens like him, and there will be no constraints on creativity blossoming at any age. “I’ve had my fair share of trolling and skepticism in the past. However, a sizable community has been extremely helpful and supportive,” he continued.

Naik made news earlier this year when it was revealed that his first DeFi initiative, Gaj Finance, had amassed about $1 million in cryptocurrencies.

The now 13-year-old coder began coding when he was seven years old, but just recently grew interested in cryptocurrency after attending a blockchain workshop a year ago, according to him. He began by learning Solidity, an object-oriented scripting language for Ethereum-based smart contracts, before diving headfirst into Web3. “I did some freelancing to obtain additional expertise and exposure before launching my first project, Gaj Finance, formerly PolyGaj, in April 2021,” Naik explained. “I also rebuilt my YouTube channel during that period, where I helped others learn about crypto, blockchain, and coding,” he continued.

Naik intends to raise a seed round and undertake a public sale through an initial dex offering after this pre-seed round.

“I want to continue to construct. I’d like to learn as much as possible. My ambition is to create cutting-edge DeFi and NFT devices,” the 13-year-old stated. Apart from constructing, Naik wants to have fun in the future, but he also wants to learn from and collaborate with the crypto industry’s leaders.

Also read: Polygon pays $2M for a bug that could have compromised $850M in user funds