Tik Tok, a social media platform, appears to have changed its rules and regulations. Many crypto and blockchain-related videos are getting taken down despite the posters saying they’ve done nothing wrong.

Apparently, Tik Tok is denying access to videos that promote illegal activities or regulated products. Bitcoin and crypto are unregulated everywhere in the world, and this is the real irony. 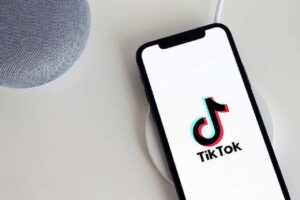 Any cryptocurrency video can not be derived from regulated material, so how is it possible? We see this issue throughout the world, starting with the U.S and beyond.  Since the time the crypto space is growing, many regulators are asking themselves how they might be able to control or rule it in some way. Considering they do not know enough about space, many regulators don’t know-how.

Since February, several of Lucas Dimos’ videos have been taken down. As of writing, he has more than 300,000 followers on Tik Tok, so if this happens again, he fears he will be banned for good. According to him, he said: I’m at the edge of my financial well-being because of it. This is a death trap. We’re struggling. Tik Tok almost seemed to give a knee-jerk reaction to all the scams going on… We helped build a community and guided this whole movement in the right direction. We, the creators, are unable to share any of our content because scam posts have been blocked.

In a similar fashion to many of the many blockchain and crypto posters on Tik Tok, Dimos says they are simply trying to inform people on the benefits of the cryptocurrency and blockchain area, telling them how they can potentially manage their wealth during difficult economic times. With bitcoin’s rise over the past year and a half, it has increasingly become a hedging tool. However, Facebook’s algorithms don’t see things that way, and they do all the dirty work.

Influencers have, so far, been able to post their videos to the Tik Tok app if they reveal the cryptocurrency products they’re promoting through branded content. Among them was Wendy O, a woman who made the following opinion statement: Many of us post educational content on Tik Tok but they shadow ban and censor us.

Creating videos is also triggered by certain verbiage, according to creators. In some cases, creators have claimed that mentioning “Binance” or “decentralized finance” in any way will result in one’s videos being removed from YouTube. Additionally, using words like “bitcoin” or “ethereum” may lead to negative results.

If you find this article informative then do share it with friends and family!