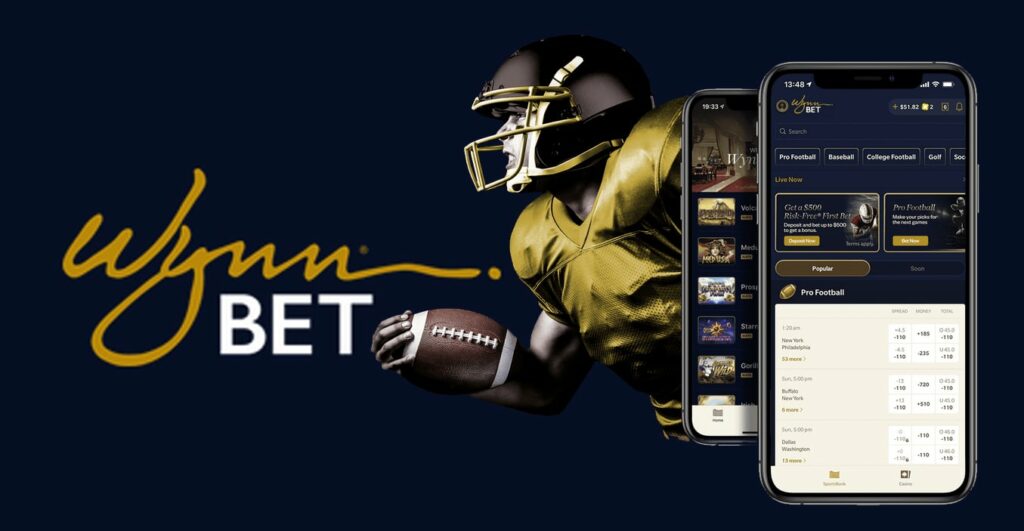 On Monday, the business unveiled a new television commercial made by and featuring actor Ben Affleck and basketball Hall of Famer Shaquille O’Neal, who serves as a brand ambassador for WynnBet, the company’s app.

In a separate announcement, the National Football League is likely to name Wynn as one of four new approved gambling partners, joining BetMGM, PointsBet, and Fox Bet. Three other companies, DraftKings Inc., Caesars Entertainment Inc., and FanDuel, a part of Ireland’s Flutter Entertainment Plc, were awarded similar but more broad status by the league in April.

As a strategy to earn cash for club owners and reduce clutter during broadcasts, the league has designated the seven firms as preferred operators. A maximum of six sports-betting advertisements will be shown during each NFL telecast.

The rights granted to the first three partners are more comprehensive, including the use of NFL emblems in marketing, partnerships with league media outlets, and the use of game highlights. For the league, the contract with those three is worth upwards of $1 billion over five years.

Since the Supreme Court authorized states other than Nevada to offer sports betting three years ago, the industry has exploded in popularity in the United States. More than half of the states have already authorized it, and PlayUSA, a gambling information website, predicts that legal bets on college and pro football will nearly treble to $20 billion this season.

The giants in daily fantasy sports, FanDuel and DraftKings, were early adopters of online sports betting. According to Kantar, the two firms spent $311 million on TV advertisements last year, more than three times what they did in 2019.

DraftKings Chief Executive Officer Jason Robins told investors earlier this month that the NFL is “essentially like our holiday season.” “This is when we get the newest gamers and reactivate a significant percentage of the player base.”

Caesars, MGM Resorts International, and Penn National Gaming Inc. are among the traditional casino companies that have lately increased their internet presence. Caesars says it will spend more than $1 billion on new customer acquisition over the next two and a half years. It just started providing new customers a $5,000 risk-free initial wager when they join up.

In a transaction scheduled to conclude this year, Wynn, which operates casinos in Las Vegas, Boston, and Macau, is merging its interactive unit with a special purpose acquisition vehicle. The new company will have $640 million in funds to work with.

According to Craig Billings, the interactive unit’s CEO, Wynn’s expenditure this season includes a combination of TV commercials, sponsorships, and other customer-acquisition activities. Customers may engage with friends and other players using the company’s app, something Affleck stresses in the advertisements when he seeks betting advice from others. Wynn is contemplating purchasing a Super Bowl commercial. The focus of the promotion will be on the six states where Wynn now provides online betting, with up to four more added by the end of the season.