Elon Musk is a name that is synonymous with eccentricity. The Tesla CEO is well known for his tweets that often border on the ridiculous and yet gain massive attention and popularity. Let’s not forget the Musk magic to turn the markets upside down with a single tweet. One tweet by Elon Musk and the entire beat will change for the better or worse. The man has a unique personality that often manifests itself without evident filters thus setting him apart from the other brilliant minds. Because not everyone can juggle brilliance and eccentric humor with ease. Here are a few instances when Musk redefined eccentricity with his savage comebacks. If you need a lesson in how not to care about the world, then you will find the perfect teacher in Elon Musk. 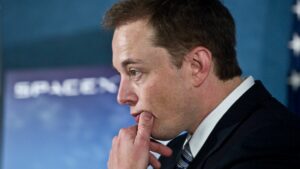 Being a billionaire and the owner of a company with much popularity puts one in the spotlight constantly. While mos 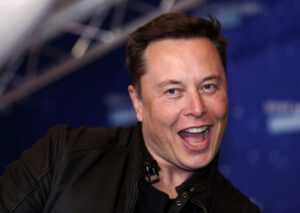 t people find it hard to balance this popularity and move away from the public eye, Musk seems to revel in it. And it cannot be denied that he is someone who cannot be easily shaken by tempests no matter how hard they are. Because standing the ground even when the ground is falling apart is an art mastered by a few. And Musk fits that label.

1.You cannot troll Elon Musk unless you have a very thick skin

Managing trolls and backlashes is an exhausting job. While most people find it difficult to keep their head above trolls and false information concerning themselves, Musk takes the higher ground and gives a lesson on how to troll with brilliance. He is the personification of the much famous phrase, “Throw me to the wolves and I will return leading the pack.”

Can anyone uncover who is really writing these fake pieces? Can't be skankhunt42. His work is better than this. https://t.co/Qs69AFMGE5

2.Pro at making jokes half of the human population cannot understand

Usually, people who are being interviewed seem to be a bundle of nerves before the interview. However, with Elon Musk things can be a bit different. It is the interviewer who will have to perform breathing exercises to calm the nerves. Because the Tesla CEO is well known for taking the indecipherable code while speaking. Stephen Colbert will give a brilliant description of the same because on The Late Show With Stephen Colbert, Musk made a joke and Colbert had to rack his brains on air.

Elon Musk is not someone who takes the high ground when it comes to handling competition and rivalry. In fact, he is pretty honest and explicit in the expression of his emotions towards his rivals whether it be sarcastic jibes or groaning at them.

4. He knows some brilliant marketing hacks

Marketing is an art, and no one will question Elon Musk about his marketing prowess. However, selling flamethrowers because they will come in handy during a zombie apocalypse is some brilliant marketing feat that only Musk can pull off.

When the zombie apocalypse happens, you’ll be glad you bought a flamethrower. Works against hordes of the undead or your money back!

It takes some nerve to find entertainment in the rumors about oneself. Musk totally enjoys the rumor that he is a lost alien. And who knows, perhaps he is actually one.

6.Responds to rudeness with savage rudeness

Musk is fun and eccentric, however, if you manage to get on his nerves, it will not be very pleasant. Californian venture capitalist, Stewart Alsop will attest to this. He sent an open letter to Musk stating that the Tesla Motors Model X reveal was way too crowded and focussed on safety. Musk clearly did not take that well, and he went ahead and personally canceled the order.