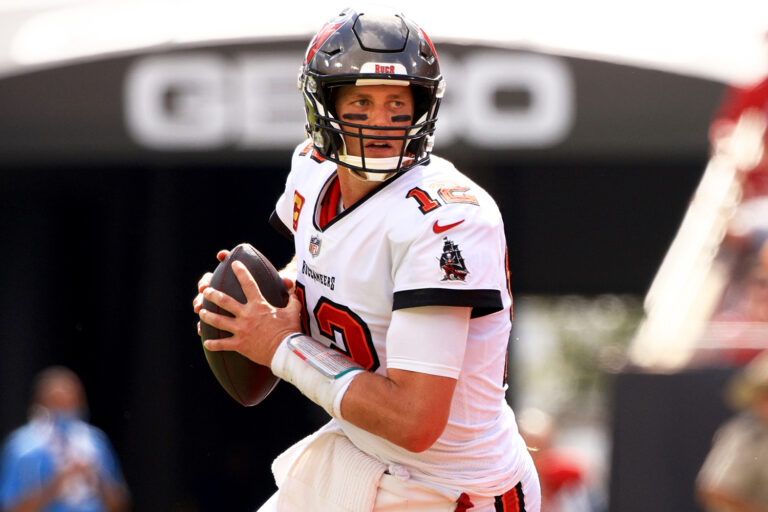 Brady has gotten involved in the word of NFTs lately, and this week, he made a sizable purchased in that marketplace. Brady purchased Bored Ape #3667 for the price of $430,000.

Amid speculations of his recent purchase, the NFL star confirmed the news on his Twitter handle. Cracking a marijuana-smokers joke, he claimed “he did not inhale,” referring to the cigarette in his ape’s mouth. He was replying to a tweet by Tripsters, a BAYC holders-backed platform focused on bringing psychedelics to the NFT realm.

Brady is no stranger to the cryptocurrency and NFT space as he’s a spokesperson and investor in FTX and also was the founder of Autograph, an NFT company that has partnered with DraftKings Inc (NASDAQ:DKNG) on several sports-related NFTs.

On Monday, Brady was announced as an investor in the SPAC deal to bring Hypebeast public with Iron Spark. Brady also launched the Brady Brand in December as a new apparel company.

No word on if Brady will feature the Ape on his NFL cleats like Colts safety Andrew Sendejo did for a game last year.

Further, Brady and his wife Gisele Budchen took a stake in the Crypto Firm FTX in June 2021, according to Bloomberg.

The Bored Ape Gazette will continue to follow Brady and let you know when and if he says anything about his bored ape!

Brady’s acquisition of the Bored Ape Yacht Club NFT puts him among the ranks of some of his friends in the National Football League (NFL). But, as evident from some of the recent purchases, other legends from his sport are also proud owners of BAYC NFTs.