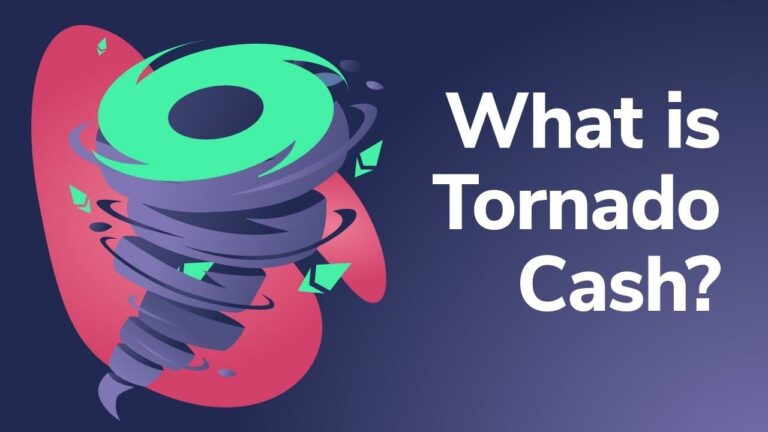 Tornado Cash: Everything you need to know

Cryptocurrency is nothing but a form of online currency in digital or virtual form. These online assets can be used for multiple reasons such as investing, exchanging, buying as well as selling goods and services, all over the internet of course. Crypto uses cryptography which allows its users not to worry about security as thanks to this technology, it is impossible for you to double-spend or even counterfeit for that matter. This virtual currency uses another technology known as blockchains. Now, for those of you wondering what it is? Let me help you with that. Blockchain is nothing but a network of multiple computers that are used to manage and record each and every transaction made by users. Other than this, it is important for you to know that cryptocurrencies work on a decentralized layout which makes them free from manipulation and interference from the government and can work outside the control of central authorities of a particular country.

The crypto marketplace is not something that people are still unfamiliar with. Over the past few years, these online currencies have gained a lot of support and were able to seek a lot of attention from potential investors throughout the globe. Over the past few years, there have been a lot of cryptocurrencies that came up and got popular but as heard, everything has its life, they disappeared soon after. Not just that, some currencies made their way into the mainstream and gained a lot of success and fame but on the other hand, there were some currencies that were unable to be recognized or survive in the industry. The problem here is that some people still don’t have an understanding of the subject and they just go with the hype created on the internet. Some people don’t know what it is, some others gain significant profits and there are some people who suffer losses too.

There are a lot of online currencies for you to pick from in the crypto space including Dogecoin, Ethereum, Baby Doge, Bitcoin and Binance Coin to name just a few leading currencies in the marketplace. But that’s not it. There is a new addition to the industry known as Tornado Cash.

Everything to know about Tornado Cash (TORN)

There is often a misbelief about virtual currencies. Due to some unknown reason, people have started believing that blockchain transactions are anonymous as well as private but the truth is that in most of the blockchains this fact is not true. Instead, most of them, including the industry-leading Bitcoin and Ethereum, are simply fictitious. The transactions are completely visible and accessible to the public. Although a name of an individual is not linked to an individual’s address publicly, it is not a difficult task to determine the owner of any specific wallet address.

Due to this, using a public wallet address, you can track anyone’s spending habits. For this to happen, you just require to see the user details for a single transaction, that’s all. While several tools and blockchain projects have attempted to solve this problem of anonymity vs pseudonymity, none of them has been very successful.  Tornado cash is just another company with the objective of solving the problem of anonymity as well as privacy on a transparent blockchain that is easily accessible to the public. For you to understand better, let’s start with

What is Tornado Cash?

Tornado Cash or as often known as TORN is nothing but a non-custodial, decentralized privacy solution that has been built over Ethereum. It is known to improve the privacy of transactions by just breaking the on-chain link amongst destination and source addresses. For some of you wondering about TORN, it is just the governance token of the Tornado Cash platform. Moreover, TORN holders can vote and create proposals in order for them to change the protocol.

Tornado Cash was developed based on the open-source research which was done by the Zcash team, while the tool allows platform users to make their ERC-20 tokens or Ethereum privatized by just simply sending them through the company’s smart contract service. After successfully sending a deposit on to the Tornado Cash smart contract, it can be further withdrawn to a brand new Ethereum address, in order to ensure that funds that were withdrawn cannot be linked to the source of the deposit, thus ensuring the anonymity and privacy of the user’s assets.

Unlike in the case of other tools created to ensure privacy, Tornado Cash is completely owned and governed by its very own community. This was made possible around last year in May 2020, when the development team of the platform waived authority atop the protocol’s multi-signature online wallet in a trusted setup ceremony. After that turnover, even the founders along with the developers have absolutely no control over Tornado Cash and the platform can be considered to have been completely decentralized. The company’s governance token that we previously talked about, TORN, is an ERC-20 token with a fixed supply of nearly ten million tokens.

Tornado Cash: How does it work?

In addition to this, the users of Tornado Cash receive points for their anonymity as they further interact with the protocol. There is a shielded account in which these points are deposited and once they are sufficiently accumulated, the users can choose to convert them to TORN tokens in a platform’s unique process known to be as Anonymity Mining. Each time a user deposits assets on the platform, Tornado Cash generates a secret hash. Their smart contract then accepts the deposits made by users along with the hash generated, called as commitment. The purpose of commitment is to identify and prove the real sender during the process of withdrawal that the user who is in question, owns the said assets. By placing a hash on making a request, the identity of the user is confirmed, while during all of this, the user remains completely anonymous on-chain in front of everyone else present.

Talking more about TORN, being the project’s governance token having fixed supply was launched around six months ago, in February 2021 after a governance proposal opened TORN along with five percent of its entire supply being given to initial adopters that formerly used Tornado Cash. The airdrop gave away nearly five lakh tokens, while those not claimed after a year will be destroyed(burned). In total, there are almost ten million TORN tokens and a large portion of about 55 percent is kept aside for the DAO governance treasury. However, nearly thirty percent is reserved for initial supporters along with founding developers. Meanwhile, leftover ten percent of TORN will be given away for anonymity mining on ETH pools of Tornado Cash.

Not to mention that using a hundred percent anonymity, this platform enables you to send transactions with zkSnarks proofs. It will retain absolutely full control of your deposits made and is a hundred percent non-custodial as discussed previously. The Tornado Cash presently work on few commonly popular blockchains including Polygon, Ethereum mainnet, Binance smart chain as well as Ethereum Goerli to name a few. As briefly mentioned before, community members are required to deposit tokens in the corresponding governance contract. By voting or creating a governance proposal, all the TORN tokens being deposited cannot be utilized before the end of the proposal’s execution time frame.

In order to develop a governance proposal, it will require a minimum of a thousand TORN tokens, which just for a reference is equivalent to nearly 314,000 dollars. For proposals to be executed by governance contracts, they are required to have a verified smart contract. Each proposal has just a three day voting period.

For those of you wondering about the statistics of the TORN token. Let me make it easier for you. Despite making it very clear that the tokens are not for speculation after the token was introduced, the price soared and hit an all-time high of nearly 437.41 dollars as of February 13 this year. As I told you all in the very beginning, the cryptocurrency marketplace is highly uncertain and volatile, since February, the prices have gone downhill at 42.85 dollars on Jun 25, 2021, having lost nearly ninety percent value.

Some of you might be wondering if TORN is worth the investment? Let me convince you. Tornado Cash (TORN), as per market cap, is the world’s 439th largest virtual currency valued close to 80,247,664 dollars. The current price of the currency is 74.53 dollars which is an increase of nearly 21.897 percent as compared to yesterday. For those of you thinking where to buy Tornado Coin, unfortunately, not a lot of exchanges have it listed, especially in the United States. However, it is being said that you can buy the Tornado Cash with some other virtual currency but just be clear about all the legal requirements and restrictions.

Knowing that blockchains do not possess features in regards to privacy, there are certain platforms that may be of some help to you to protect your identity worldwide over the internet. Tornado Cash is nothing but just a privacy solution built over the Ethereum network. In layman terms, it has only one job to do which is to pool virtual assets and send them to a new and different address, a service that is commonly referred to as “mixer”. The real question is, however, whether or not Tornado Cash is a worthy privacy solution? Yes, I believe that Tornado Cash is the perfect privacy solution as of today.

Not to mention that it is important for you to understand the fact that investing in any virtual currency is extremely risky and uncertain. It is advised that you should invest only if you are willing to take certain risks and bear losses if necessary. Also, remember that you should not invest more than what you can afford to lose.

What are your thoughts on Tornado Cash? Do let us know in the comments below. To know more about various cryptocurrencies, do check out other articles we have on our website. Thank you for your time & if you found our content informative, do share it with your investor friends!

Also read: Casper: Everything you need to know