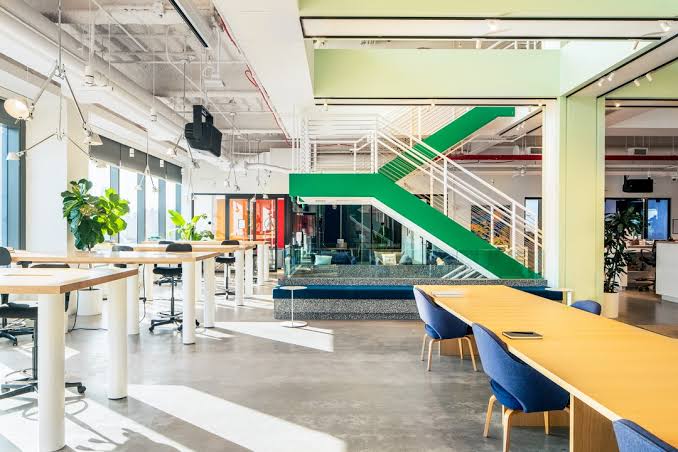 In what may be seen as a major win for office-sharing startup WeWork, the company announced on Thursday that it has managed to win a US federal contract for a hybrid work model for government employees, under which, staff at governmental agencies will be allowed flexible working hours. This comes even as scores of private firms have already dropped or postponed their plans for a return to office, amid rising COVID cases in the country.

A Reasonable And Safer Choice

The news was first reported by Reuters, following which, a  spokesperson for the company delved into the matter, saying that the contract had been awarded to them (and four other firms) by the US General Services Administration, for a period of five years. Under the terms of the same, the companies are up for receiving as much as $10 million per year.

Hybrid work models have been all the rage in recent times, owing to the pandemic, and the need for social distancing. Flexible working hours, as well as permissions to work remotely from home. The new contract could come as a good news to government employees, with the raging Delta variant leading to growing concerns about on-site and in-office work.

Many private businesses, from Apple and Facebook to Amazon and Twitter, have already decided to postpone their plans for staging a full return to the office, until early next year. Wearing masks and being vaccinated against the COVID are some other guidelines, which have been introduced or reinforced.

A Good Sign At A Time When Revenues Tumble

On the commercial front, the deal could also become a boon for WeWork. Just earlier this month, the firm had apparently reported a decreased revenue during the second quarter (Q2) from the previous quarter, probably as the rate of infection with the Delta variant saw a decline with the close of the year’s first half.

Prior to that, however, the company had agreed to go in for a public sale of shares in March this year, through a merger with BowX Acquisition Corp, which happens to be a special-purpose acquisition company. At that time, the deal had been valued at some $9 billion.

In July, many of the States’ federal agencies had made it mandatory for people to wear masks at federal building located in COVID hotspots, after the Joe Biden-led federal government had issued guidelines pertaining to the same through the White House.