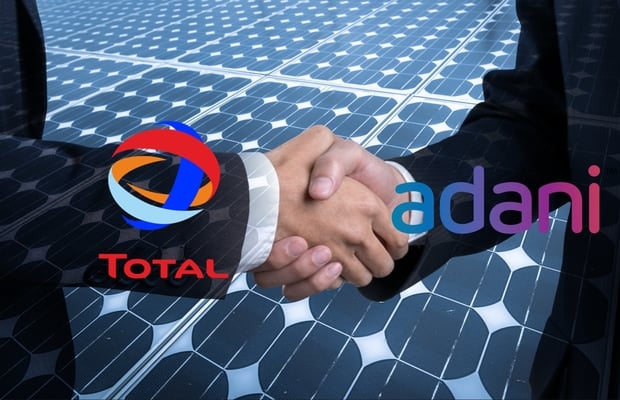 Adani Group has entered into a partnership with TotalEnergies of France to jointly develop the green hydrogen ecosystem with an investment of $50 billion over the next 10 years, the two companies said in a joint statement.

The joint venture, namely Adani New Industries Ltd (ANIL), will have TotalEnergies as a minority stakeholder with 25% interest. ANIL will develop a green hydrogen production capacity of 1 million tons per annum before 2030.

Both Adani and TotalEnergies are pioneers in energy transition and clean energy adoption, and this joint energy platform further strengthens the public ESG commitments made by both companies.

ANIL’s ambition is to invest over $50 billion over the next 10 years in green hydrogen and associated ecosystems. In the initial phase, ANIL will develop a green hydrogen production capacity of one million tons per annum before 2030.

“The strategic value of the Adani-TotalEnergies relationship is immense at both the business level and the ambition level. In our journey to become the largest green hydrogen player in the world, the partnership with TotalEnergies adds several dimensions that include R&D, market reach, and an understanding of the end consumer,” said Gautam Adani, Chairman of Adani Group.

What comes in partnership

This partnership builds on the exceptional synergies between the two platforms. While Adani will bring its deep knowledge of the Indian market, rapid execution capabilities, operations excellence, and capital management philosophy to the partnership.

Total Energies will bring its deep understanding of the global and European market, credit enhancement, and financial strength to lower the financing costs and expertise in underlying technologies.

The complementary strengths of the partners will help ANIL deliver the largest green hydrogen ecosystem in the world, which, in turn, will deliver the lowest cost of Green Hydrogen to the consumer and help accelerate the global energy transition.

ANIL aims to be the largest fully integrated green hydrogen player in the world, with a presence across the entire value chain, from the manufacturing of renewables and green hydrogen equipment (solar panels, wind turbines, electrolyzers, etc.), to the large-scale generation of green hydrogen, to downstream facilities producing green hydrogen derivatives.

With this investment in ANIL, the strategic alliance between the Adani Portfolio and TotalEnergies now covers LNG terminals, the gas utility business, renewables business, and green hydrogen production.

The partnership helps India in its quest to build the fundamental pillars of economic sustainability by driving the decarbonization of industry, power generation, mobility, and agriculture thereby mitigating climate change and ensuring energy independence.

Another tycoon on Green Energy

Mukesh Ambani-led Reliance Industries has ambitious plans for green hydrogen as a part of the conglomerate’s ambitious clean energy strategy. RIL also aims to be one of the largest producers of blue hydrogen globally by using petroleum coke.

RIL chairman Mukesh Ambani has announced a plan to invest Rs 75,000 crore over the next three years to build a new clean-energy business aimed at meeting the conglomerate’s commitment to be net carbon neutral by 2035.

Ambani has said green hydrogen would be a priority, as the group aims to offer hydrogen energy at under $1 a kg in a decade