A few days back Toyota had to halt the operations of their autonomous e-palette pods. It was a result of one pod injuring a visually impaired athlete. Toyota finds the reasons behind the incident. Says that the breaks were hit when the athlete was detected by both the operator and the autonomous system. But the accident occurred before the break was implemented. It possibly happened very quickly as the athlete was running at a speed of 1-2 km per hour during the incident. 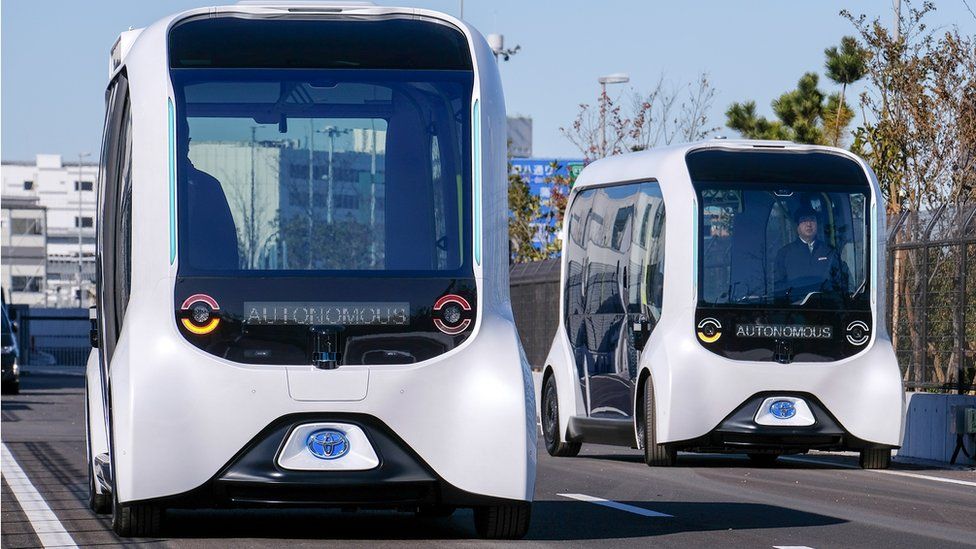 Toyota further announced that they are resuming the operations of self-driving pods with an extra safety staff. The pods are specifically designed for the Olympics so as to make sure the crowd gathering during the event is under control.

Toyota stated on Monday, “The vehicle’s sensor detected the pedestrian crossing and activated the automatic brake, and the operator also activated the emergency brake. The vehicle and pedestrians, however, came into contact before it came to a complete halt.”

The incident prompted the CEO Akio Toyoda to apologize publicly for the incident. It also came to the limelight that self-driving technology is possibly not ready for practical applications.

The athlete had minor cuts and bruises

Further, the athlete who was injured in the incident is Aramitsu Kitazono. There were no major injuries but had cuts and bruises, so Kitazono had to pull out from the Saturday event, Gamed judo event. Toyota’s SAE level 4 autonomous e-palette pod incident is a lesson in some aspect to the automakers working on autonomous vehicles. While automakers consider millions of possibilities while making the technology, there can be instances other than they anticipated. Here the athlete was visually impaired, which is usually considered a rare case for autonomous vehicles.

The pods now have two safety operators and operators will control the speed of the pod. They are to look out for pedestrians and take all safety measures required for the safe operation of the pods. Additionally, the company turned up the warning sounds of the pods. And the pedestrian guides on busy crossings will be increased to 20 from the previous 6 members.

The 2020 Paralympic games began on Tuesday despite the increasing COVID cases in the country. With COVID safety protocols the event continues as planned with lesser crowds. Many have expressed concerns about conducting the event during a crisis. However, an incident from autonomous vehicles was possibly least expected. However, Toyota continues to operate the pods with extra safety methods.