The Telecom Regulatory Authority of India has announced that they will be launching a service where people can see the ID of the person calling them before the call is picked up. However, the chief executive officer of telecom company, Truecaller, Mr. Alan Mamedi does not see this announcement as a competition to his company.

Truecaller is a smartphone app company that has a whole host of services including identifying the caller during an incoming call, you can block calls from specific numbers, you can record calls and even do flash messaging. The company was founded 13 years ago back in 2009 and its head office is situated in Stockholm, Sweden. 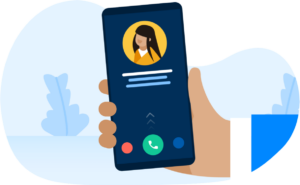 Many people have said that this would impede the growth of the company in India, but Mr. Mamedi came out to say that he does not see the government’s new feature as a competition mainly because he feels that his company is objectively superior due to the wider range of services offered and the fact that they have already strongly established themselves in the country with over 310 million monthly users globally with over 200 million coming from India.

He went to say the opposite of what people were feeling by saying that the new government service could be the driving factor in the end for the company to expand their consumer base and grow even more. The company has recently had a faster growth than usual as they welcomed 42 million users from September to November of 2021.

The upcoming government service would show case the know your customer (KYC) details which are revealed to the government when downloading the app according to official sources.

The Telecom Regulatory Authority of India will be using tools like ML and AI to pin point scam, spam, advertisement, and regularly reported calls and block them at the source. The government plans to use their services to reduce scams, cyber crimes and spams while Truecaller offers their services for easy identification and so people can find your number. Although the service is almost the same, the reasoning behind the creation of them is completely different.

Mr. Mamedi also said that the company has faced many difficult challenges and many strong opponents since its inception and it has crushed them and grown to become the success it is today. They will see this as yet another challenge and get past it together in a humble manner.