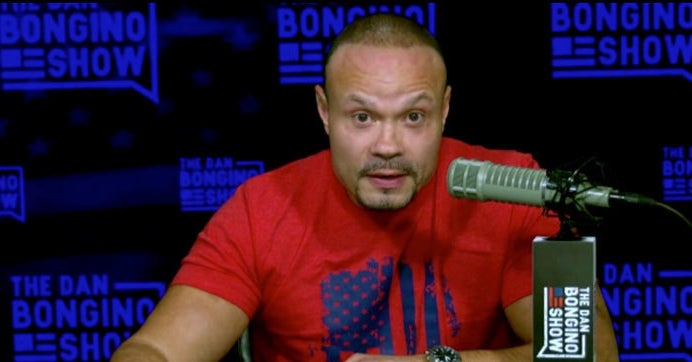 Fox’s news host, Dan Bongino is a big-time Trump supporter and it is quite evident from his debates airing on national television that he is a total fanboy who would do anything for the former U.S. president. Recently, the conservative radio host launched an “Anti-Cancel Culture” payment platform called “Alignpay” that is “Powered by Freedom”.

In a world where social media giants are banning former President Donald Trump from all social media platforms to refrain him from reaching and wrongly influencing the masses, there is Dan Bongino amongst thousands of other supporters who is not afraid to show his love and support for Donald Trump. As mentioned in a report by UPROXX, the radio host used his platform to strike back at PayPal and Stripe for not allowing Trump supporters to use their platforms for collecting donations for the campaign and the obvious reason is Trump’s role in aggravating violence on the black day of January 6th attack on the U.S. Capitol. The highlights of the incident have been written in the books of history and former President Trump’s name has been associated with it forever. It is also the main reason for social media platforms like Facebook, YouTube, and Twitter to ban the former president of America from using their respective social media platforms.

Coming back to Dan Bongino who has apparently taken it upon himself to provide Trump supporters the medium through which they can collect donations for his campaign. After being rejected by PayPal and Stripe, the host launched Alignpay that supports the anti-cancel culture and is “Powered by Freedom”.

For those of you who are unaware of the concept of “Cancel Culture”, it is a modern form of ostracism, as mentioned on Wikipedia, that involves thrusting someone out of social and professional circles. Modern, because these days it can be done online, on social media, or even in person, the old-school way. A total social and professional boycott from society can be referred to as the Cancel Culture and Donald Trump has become its latest victim.

Dan Bongino is promoting “Anti-Cancel Culture” with Alignpay by offering a payment platform to the supporters of Donald Trump, who has clearly been boycotted from the society, so that they can collect donations for his campaign and raise him back to power (someday).

There are people in the world right now, especially in America who are supporting Donald Trump by fighting against the system, asking for this “Cancel-Culture” to end and the other group believes that Trump’s Presidency was not worth it and it was proved on January 6th.

Will “Powered by Freedom” Alignpay enough to bring Donald Trump back into the highlights? I have my opinions.