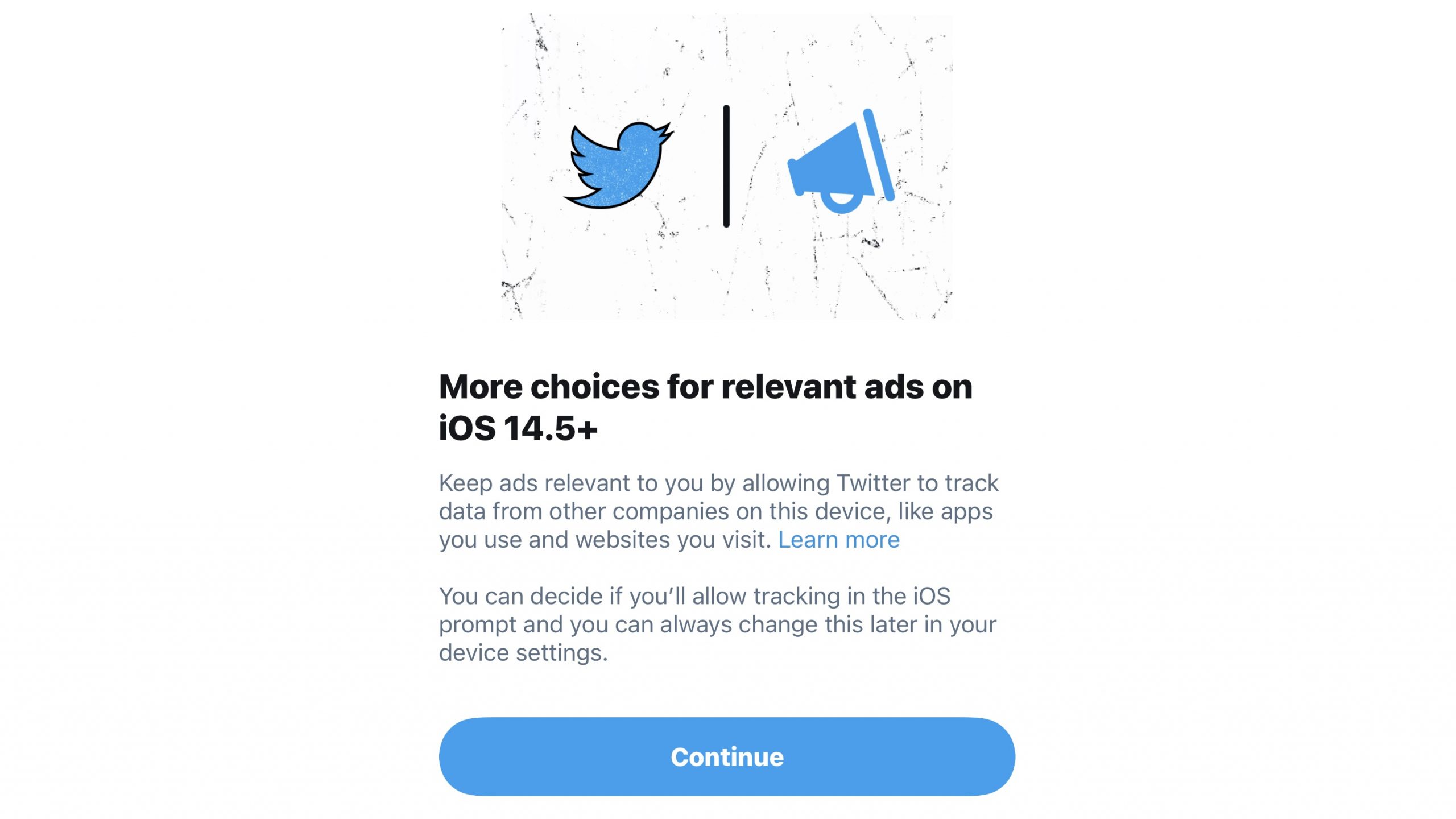 Twitter has fallen in line with other developers to add a prompt on its platform that politely asks iPhone users with iOS 14.5 to enable ad tracking on their devices. The tone of the prompt resembles something like “Pretty Please User, Please!” but only if they could.

Apple’s iOS 14.5 hit the spotlight with its new feature called “App Tracking Transparency” which basically takes the command for tracking your device from the developers and gives it to the user instead. Since its launch, developers have been rattled as ad revenue is a fairly lucrative business that developers use to make good money but not anymore, this whole branch of ad tracking and generating revenue is now at the mercy of the user, like it should always have been. Thank you, Apple!

However, what is interesting to see with Twitter is that it took a polite and seemingly straightforward approach with its users on enabling ad tracking, unlike some social media conglomerates we know about (Hint: Zuckerberg). Twitter says that having the ad tracking feature enabled allows the company to serve “better” advertisements. The micro-blogging company justifies by saying that enabling this feature will keep ads relevant to each user by allowing Twitter to track data from other companies on your specific devices (iPhone), such as apps that you use and websites that you visit.

Anyhow, in some way, this is an ethical approach to deal with the situation. A low-key attempt by the company to keep making its earnings through ad tracking. Apple has really tied the knots with its new update and over 95% of Americans have already disabled app tracking on their iOS 14.5 devices.

Facebook Inc. on the other hand, did not take the news well and was devastated with not being able to control its advertisement revenue stream. The social media conglomerates aggressive approach also gave users a borderline threat which vaguely says that enabling ad tracking will help the company keep Facebook and Instagram free of charge for users.