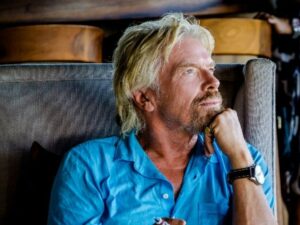 Twitter is brimming with reactions and responses as Richard Branson is all set for his voyage to the edge of space. The seventy-year-old billionaire is well-reputed for his adventurous and daredevil persona that has a number of adrenaline-charged actions to list. This trip is supposedly an opening statement for commercial space travel. If successful, Branson will hold the record for pioneering the world’s very first space-tourism venture. Another highlight of the trip is that Branson beats Jeff Bezos by nine days as the former CEO of Amazon is also fastening his reins for a similar trip on the 20th of July.

I’ve always been a dreamer. My mum taught me to never give up and to reach for the stars. On July 11, it’s time to turn that dream into a reality aboard the next @VirginGalactic spaceflight https://t.co/x0ksfnuEQ3 #Unity22 pic.twitter.com/GWskcMSXyA

2 days until #Unity22! Watch the launch live this Sunday at 6am PT | 9am ET | 2pm BST with @StephenAtHome @thegreatkhalid @Cmdr_Hadfield @KellieGerardi @virgingalactic pic.twitter.com/tpjIqeVE0L

Ready To Make Some Space

Virgin Galactic will probably make a space of its own if Branson reaches the edge of space with success. Virgin Galatic’s passenger rocket, VSS unity will have six members on board as it makes its very first test flight with a whole crew. The ride to space is a much-cherished dream for the billionaire and adventurer, whose passion for daredevil acts is still intact at the age of seventy. Branson will be joined by David Mackey, the chief pilot, Michael Masucci, who is the chief flight instructor, Beth Moses, the chief astronaut engineer, in addition to Colin Bennet and Sirisha Bandla. 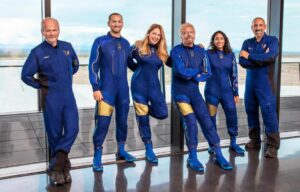 Bennet is the lead operations engineer while Badla is the vice president of the company. Unity will be attached to Eve, a specially designed double aircraft that is named after Branson’s mother.

A Peep Into The Future

If the trip tastes successful, the company will hold the special advantage of being the first one to step into the field of space tourism. Virgin Galatic plans to welcome paying customers onboard after two more test flights this summer following Branson’s launch. The next test flight is will consist of more employees and the one following that will be a research trip with members of the Italian Air Force onboard. If everything goes as planned, soon enough space travel will become a reality for over 600 ticket holders.

With just a day to go, the level of excitement and anticipation is at a record high. Although the responses have a bitter and sarcastic edge to them, it cannot be denied that most of them are equally excited about the venture, in a good way or in the opposite of a good way. Most people are evoking a tone of bitterness because of the supposed hypocrisy of billionaires who can race to space and yet not pay taxes. Let us just be diplomatic and wish Branson a bon voyage while going through some responses from Twitter following the news.

Elon Musk did wish Branson all the best in his own way.

Will see you there to wish you the best

Well, the possibility of the prospect cannot be denied after all.

Richard Branson and Jeff Bezos could feed the world and still go to space.

A slightly bitter twist to the story.

Richard Branson is proof that when billionaires realize saving the planet is like hard or whatever, their next best idea is to leave the planet behind entirely. As long as it's still about them. A story in three parts. pic.twitter.com/Cf4qql02V9

More bitter than the last one. Some might diagnose a clear case of “sour-grapes” here.

So, Richard Branson is flying into space.

Let's hope he finally gets his wish……and remains 😆

A diplomatic way of summing things up.

So Richard Branson looks like he is going to succeed in being the first billionaire is space. What business of mine is it to criticise how he spends his money……but it makes me wonder why this application was necessary: pic.twitter.com/mjmi75boyr