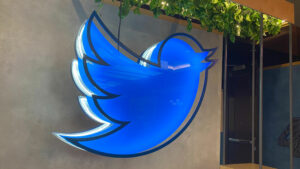 Quill, a focus-focused Slack competitor, was announced in February, according to 9to5Mac. Quill, the team chat software that exists today, is being acquired by Twitter today, and it will cease to exist. Before the service wipes its server on Saturday, December 11, Quill users have a few days to export team messages. The firm provides admins with methods for exporting team messages from Quill and integrating them into Slack in a FAQ mentioned below the announcement. Direct Messages, on the other hand, are not exportable. While I never got around to trying out Quill, I’m interested to see what the acquisition means for Twitter’s future as a communication platform.

Quill concludes its announcement by saying, “We can’t wait to show you what we’ll be working on next.” The deal’s terms aren’t being revealed. Quill had collected roughly $16 million from investors such as Sam Altman and Index Ventures before emerging from stealth mode in February of this year.

Apart from being bold enough to speak out about Slack’s flaws and try to build something to compete against its juggernaut-like growth momentum, which has been boosted by its acquisition by Salesforce, one of its biggest selling points was that it was founded by Ludwig Pettersson, the former creative director of Stripe, who is admired by many in the startup community. Quill will be phased down as an app as part of the acquisition, according to a Twitter representative.

People from Quill will join Twitter’s Experience team to concentrate on messaging capabilities, particularly Twitter direct messages. DMs have long piqued Twitter’s curiosity, and some have wondered when and if the company would try to turn them into a more separate product (which they’ve allegedly played with) and viable business line. Given the massive growth of messaging applications in recent years, and the attempts made by so many other open-ended social media platforms to enhance their own direct messaging businesses, that would make sense.

Now that Twitter is attempting to diversify its business, perhaps this is an opportunity to reconsider DMs as well. Quill’s story has a bittersweet ending: the company was bold in asserting that business people require collaboration and communication, but not at the expense of distraction, and then in attempting to build and scale a wholly new product to satisfy that need.