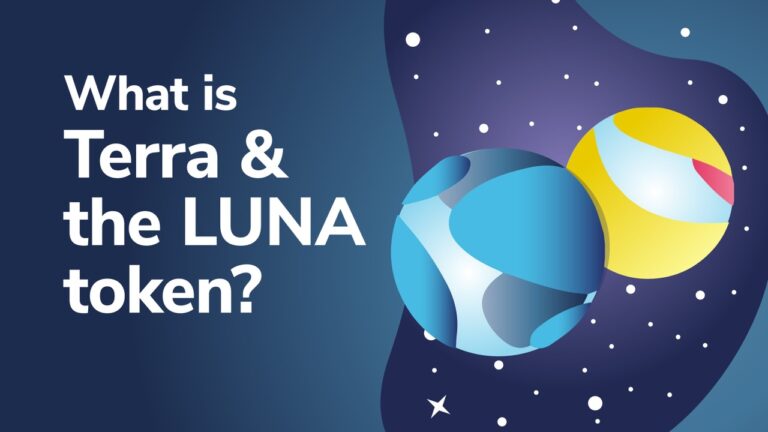 Over the past couple of years, we have seen many industries come and go but, one such industry that has managed to stay and that too for quite some time is the cryptocurrency industry. The crypto world has managed to make an imprint on the sector of digital money and has been more than successful at luring in potential investors from all across the globe and has definitely made a name for itself on an international level.

Having said that, it is likely that a majority of you are already familiar with the basics of the industry but, if for some reason you are still not aware of the core concept of virtual currencies, let me help you with that first.

Cryptocurrencies as the name suggests are nothing but a form of virtual currency or is simply a blockchain-based platform that is decentralized to its very core. Not just that, this digital asset of yours can easily be used for a variety of purposes including the purchase and sale of goods and services as well as for the purpose of trade and exchange over crypto exchanges online.

As mentioned, crypto has been around for a long time now but, as a matter of fact, when the industry was first introduced, there were not many investors lining up to be a part of it, and honestly, not many currencies were available back then either. Naturally so because back then people were not that sure about whether or not they should invest in virtual currencies and were not very confident about the security of their investments and the returns they would be receiving from it.

On the contrary, looking around today, it feels almost unreal to see how the crypto industry today is catering to such a massive audience and that too on a fairly global level and how newer currencies are still coming up with each passing day and several new investors are joining in every hour.

Though the industry has witnessed a surge in its growth and popularity recently and that too at a rate that was never really anticipated, it is worth noting that, some of the major contributing factors for this extraordinary success of the crypto world include its portability, convenience it offers, ease of use, its volatility, intuitive nature as well as high-profit margins of course.

Speaking of being volatile, this means that the price fluctuations in the cryptocurrency marketplace are almost immediate, thus making it even more difficult for you to predict the future trends of a particular currency for you to act accordingly.

So, you should probably be aware of the fact that, if the industry is providing you with a chance to earn huge profits, if not done right, you could also end up having significant losses as well. As a result, whenever you are planning on investing in crypto, you should do it with due diligence.

Talking about a lot of currencies available today in the marketplace, some of the most popular currencies that you can invest in right now include Bitcoin, Ethereum, Binance Coin, Cardano, Dogecoin, Baby Doge as well as EverGrow Coin to name just a few of course.

Now that you have the brief backstory about the crypto world, you will be able to have a much better understanding of what we have with us today, Terra. To know more, I suggest you read further!

Everything to know about Terra (LUNA)

Terra or as commonly referred to as LUNA is nothing but a blockchain protocol that is known to use fiat pegged stablecoins in order to power global payment systems having price stability. As per the whitepaper issued by the platform, Terra is said to combine the wide adoption as well as price stability of fiat currencies with the censorship resistance of one of the most popular cryptocurrencies to date, Bitcoin (BTC), and offers affordable and significantly fast settlements.

Terra was founded by Do Kwon along with Daniel Shin around three years ago, back in January 2018 in order to drive the rapid adoption of cryptocurrencies and blockchain technology through focusing on usability as well as stability. On a similar note, the official mainnet of the platform was officially launched in April 2019.

In addition to this, as of September 2021, Terra has begun to offer stablecoins pegged to the US dollar, the International Monetary Fund’s Special Drawing Rights basket of currencies as well as Mongolian tugrik but this doesn’t end here as the platform intends on rolling out additional options in the near future.

Also, before moving on any further, it is worth noting that, LUNA is said to be the native utility token of the platform, which can easily be used for a variety of purposes on the platform itself including being used for stabilizing the overall price of protocol’s stablecoins. However, LUNA holders are also allowed to submit as well as vote on governance proposals, thus giving it the functionality of a governance token as well.

Furthermore, you should be well aware that, according to a report by CoinGecko, Terraform Lab’s LUNA crypto is now recognized as one of the ten largest cryptocurrencies by market capitalization worldwide, rocketing past some of the leading currencies in the marketplace including the popular dog based meme token known as Dogecoin as well as Shiba Inu.

All despite a market-wide selloff that has managed to erase over hundreds of billions in value in just the past two days and saw prices of major cryptocurrencies including Cardano as well as Bitcoin drop double-digit percentages.

Speaking of market capitalization, it is vital for you to know that, the token’s market capitalization jumped to about 23.6 billion dollars, thus overtaking Dogecoin to become the world’s tenth most valuable cryptocurrency in the marketplace. Speaking of surpassing cryptocurrencies, as mentioned, now ranked No. 10 among currencies globally, apart from just Dogecoin (DOGE) as well as Shiba Inu (SHIB), the currency has also managed to surpass Ethereum Challenge Avalanche (AVAX).

At the beginning of this year, LUNA was worth somewhere around 300 million dollars but on the other hand, in July, the coin made its first bull run of sorts when its overall market cap skyrocketed to nearly 2.6 billion dollars. Not just that, in just the past six months alone, LUNA has managed to have a price jump of about 900 percent.

As you already know by now, Terra seeks to set itself apart with the help of its use of fiat pegged stablecoins, saying that the platform combines the borderless benefits of virtual currencies with the day-to-day price stability of fiat currencies.

Terra manages to keep its one-to-one peg through merely an algorithm that is known to automatically adjust the supply of stablecoins based on its demand in the marketplace. For those of you wondering, how does it manage to do all this and more? Allow me a chance to explain.

Terra does this by simply incentivizing LUNA holders in order to swap LUNA as well as stablecoins at fairly profitable exchange rates, as and when needed, to either contract or expand the stablecoin supply in order to match the demand.

Terra is one such platform that has managed to establish a number of partnerships with various payment platforms, specifically in the Asia-Pacific region, and in July 2019, the platform announced a partnership with Chai, a mobile payments application based out of South Korea, in which all the purchases made using the application on e-commerce platforms are directly processed through the Terra blockchain network and as a matter of fact, each transaction has a two-three percent fee charged.

Lastly, Terra is known to be supported by Terra Alliance, which is nothing but a group of platforms and businesses advocating for the adoption of the platform. In February 2019, the said company made an official statement that e-commerce platforms from over ten different countries were a member of this alliance.

Now that we have talked much about Terra, some of you must be wondering, whether or not it is a good idea to invest in the platform? If that’s the case, then let’s find out, shall we?

As of today, the price of Terra is about 72.38 US dollars with a twenty-four-hour trading volume of 2,658,402,783 dollars. Not just that, in just the past twenty-four hours, the value of Terra has gone down by 0.95 percent, and with the current market cap of 27,642,777,074 US dollars, LUNA is currently placed at 10th position as per the CoinMarketCap rankings.

Also, it is worth mentioning that, the current circulating supply of Terra is 381,931,668 LUNA coins but unfortunately the maximum lifetime supply of the currency is not yet available. In just the past week alone, the price of the platform has gone uphill by 18.12 percent.

Reading so far, you must have gotten a fair understanding of the platform and by now, you should be able to figure out on your own whether or not investing in Terra is the right thing for you to do. Seeing what it has to offer when combined with its performance in the recent past as well as its plans for the near future, I certainly believe that Terra can prove to be a profitable investment in the near future, which is likely to provide you with higher returns and it is a possibility that your current investment may increase in value. But again, nothing can be said for sure!

If still not convinced, see it this way that, if say you buy Terra worth a hundred dollars today, you will receive nearly 1.424 LUNA. According to the analysis done by experts on the field, after five years of your investment, the return is expected to be about +536.64 percent and thus, your current hundred dollar investment will be nearly 636.64 US dollars in 2026.

As mentioned at the very beginning, crypto is a highly volatile marketplace and is extremely uncertain. Thus, It is very important for you to understand the fact that, just like any other currency in the crypto marketplace, Terra does have its own risks as well and you should invest only if you are willing to take those risks and bear any and all losses if at all necessary.

If you are wondering, where can you buy Terra? Let me help you with that. Currently, Terra is available on all major crypto exchanges but, some of the popular exchanges that have LUNA listed on them include Binance, Mandala Exchange, Huobi Global, OKEx as well as Bybit to name a few.

In conclusion, what are your thoughts on Terra (LUNA)? Do let us know in the comments below. To know more about various cryptocurrencies, do check out other articles we have on our website. Thank you for your time & if you found our content informative, do share it with your investor friends!

Also read: Circuits of Value: Everything you need to know