It wouldn’t be an exaggeration to call Dogecoin the life of the party when it comes to Twitter. High or low, up or down, rise or fall, DOGE never fails to turn a tide on Twitter. And today, Twitterati is caught in such a wave of excitement as Dogecoin enthusiasts are busy celebrating Doge Day. Although on Twitter, it might seem like every day is Doge Day given its frequent haunting of the trending lists, this one is quite different, and the Dogecoin enthusiasts are making sure that this one will be quite different. Read along to know more about Doge Day. 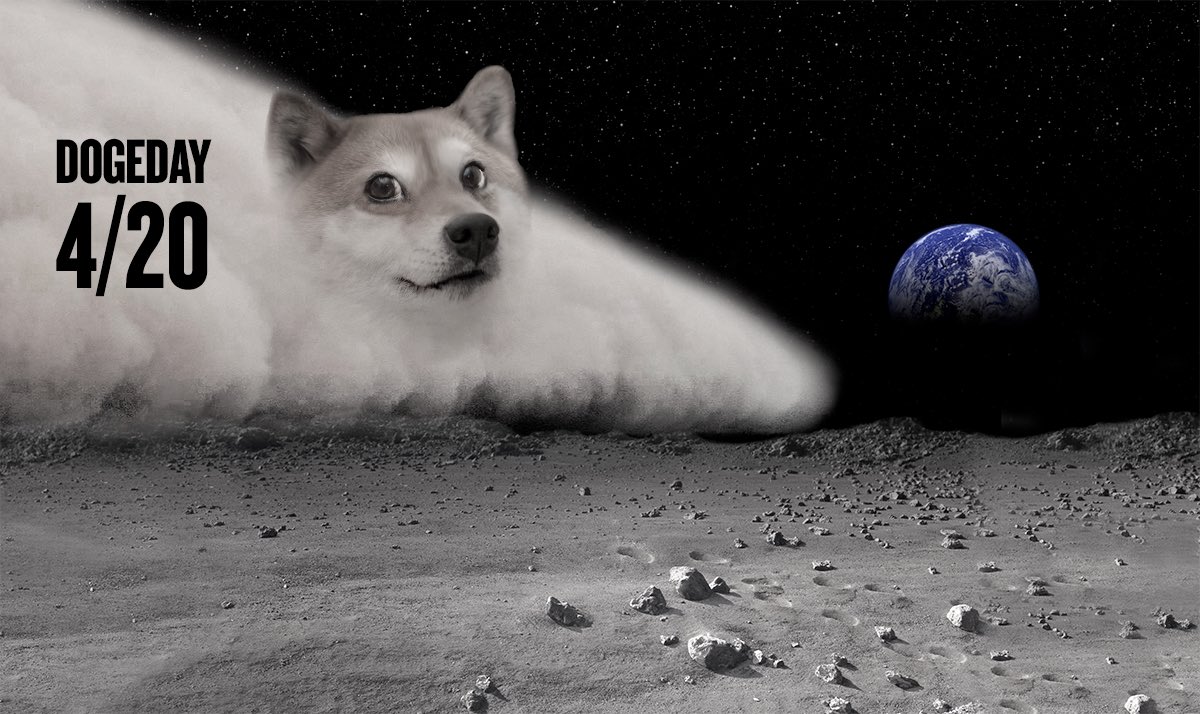 Today is the 20th of April or 4/20 in pop culture. For those with an affinity for modern meme culture, 4/20 is a rather significant date. Apparently, the credit for popularising the 4/20 trend goes to Snoop Dogg, Elon Musk, and the marijuana community. Over time it has come to be associated with memes and quite naturally with DOGE as well. What is DOGE without a good number of memes? And in association with Doge Day, DOGE followers are meticulously and quite enthusiastically making memes to ensure that there is no human left on the planet who is unaware of DOGE. And not just that, they have high aspirations too on Doge Day. Doge enthusiasts expect to clear that $1 mark on Doge Day. Might seem a bit ambitious and quite improbable, but hey! you never know. As they say, effort and determination can move mountains, and the Dogecoin enthusiasts have truckloads of it.

This enthusiasm and optimism are further powered by the fact that the past week has been rather favorable for crypto in general with the Dogecoin price hitting a new high. A 200 percent jump in just 24 hours is indeed something that could add a pinch of exhilaration and enthusiasm. And even if it doesn’t hit the $1 mark on 4/20, there is a lot to celebrate. Dogecoin has had a remarkable journey since its inception in the year 2018. What began as a small attempt in making cryptocurrency more approachable and friendly to the common man has now gone a long way to become one of the most popular cryptocurrencies in the world. Although some might say that Musk’s puerile use of Twitter is one major element of Dogecoin’s growth, it cannot be denied that the token does have the strength to stand on its own legs. Now, let us glimpse through a few memes and responses on Twitter.

What does this mean for #Dogecoin ?

Not much, it’s a reminder for what Doge is about

– Being kind to others
– Giving to charity
– Making memes
– Sharing news
– Educating others
– Developing cool stuff
– Buy some, spend some, tip some

#DogeDay Look at this guys! pic.twitter.com/zRGLEW4wph

Q: what should we expect on #dogeday for dogecoin price action tomorrow?