Twitter Fills With Reactions And Responses As Jeff Bezos Steps Down As Amazon CEO. 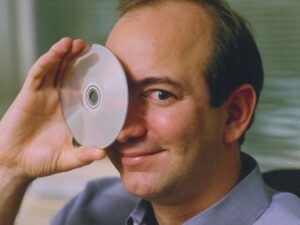 Twitter has found a new axis for discussion as Jeff Bezos steps down as Amazon CEO. After a legendary reign that took the company to the pinnacle of success, Bezos is finally handing over his place and responsibilities. 27 years of stellar performance and effort is what the man leaves behind for his successor. And undoubtedly it is a brilliant example to follow. From now on, Andy Jassy, former cloud computing chief of the company will take the steering wheel of the company.

#JeffBezos will step down from the top position today https://t.co/4kaYTUUIvr

Amazon is a company that has left an indelible mark in the business domain that doesn’t need any further explanation. What began as a simple online marketplace for books scaled the mountains of success to emerge as the biggest corporation in the world that is worth $1.3 trillion. And behind the glorious success was a man with a vision. The vision that has manifested today is what we know as Amazon. And as the man behind the plan steps down after 27 years, it is only natural that people go down a memory lane extracting snippets of motivation and inspiration that comes with any individual who has crossed over to the side of success and growth. 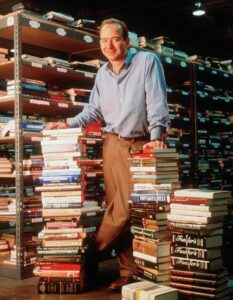 As successful as Amazon is, the road was not free of hefty stones and rocks that often presented challenges. In fact, Bezos himself has been at the receiving end of criticisms regarding a variety of matters. The recent one being the ProPublica report concerning the tax payments which also directed its sharp blade of criticism at others like Warren Buffet. It can only be said that challenges and difficulties are part of the journey which he chose to take. And it cannot be denied that what he created is something that deserves applause and admiration.

Bezos will continue to be on the executive board of the company while also being its biggest shareholder. However, following the step-down, he will take a diversion from the daily management and direct his focus and attention to other projects, particularly to Blue Origin, his Aerospace company.

No news passes the eye of Twitterati, especially not one as huge as this one. Soon after the news started doing its rounds, Twitter was filled with reactions and responses. While many of them took a stroll down the memory lane extracting bits and pieces of motivation from the remarkable journey of Bezos, others were busy bidding farewell. Here are a few responses and reactions from Twitter.

Just in case you're thinking about giving up today.

Journey of 10000 miles begins with a single step #JeffBezos pic.twitter.com/mdRxCXvse3

If you are a #startup #entrepreneur
and in case you are thinking about giving up, this pic is for you…startups

#JeffBezos started @amazon as an online bookseller out of his garage in Seattle in 1994. Today, as he steps down as CEO, it is a $1.7 trillion retail-to-tech behemoth. @JeffBezos #Amazonhttps://t.co/Vb2rkpyj5b

End of an era.

27 years and the greatest company in the world! All it took was the belief in the power of internet.#legend #JeffBezos pic.twitter.com/qKatJZlwJE

On this day, Amazon was founded by #JeffBezos in his garage in 1994 and now, its one of the largest online marketplace which serves its customers worldwide.