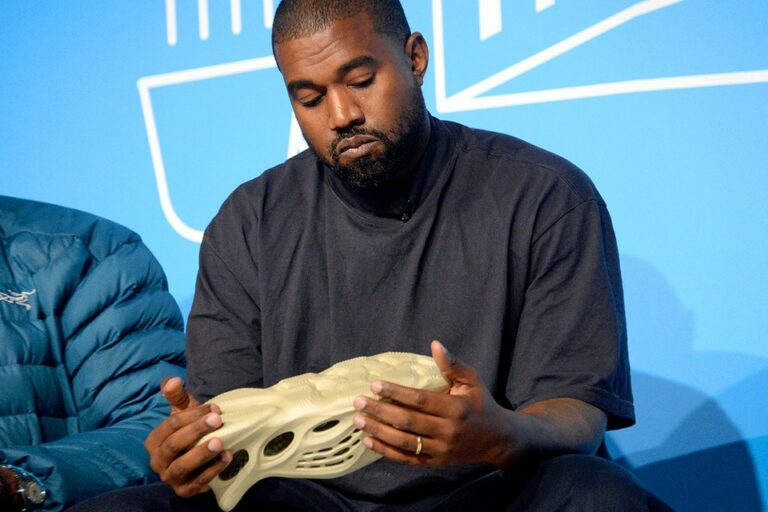 Twitter flares up with reactions as Kanye West exits the billionaire club.

Kanye West indeed has a knack for rubbing people the wrong way. The man’s intolerance to criticism, and his responses that border bullying is undoubtedly famous. At the moment, Kanye West is once again making headlines. The famous brand, Adidas has ended its partnership with Kanye West, pushing him out of the billionaire club. The man has lost a fortune, thanks to Adidas and several other partnerships that have dissolved in its wake. Looks like this is the perfect time for the famous Ye to do some good old retrospection, and master the art of thinking before acting. Read along to know more.

On Tuesday, Forbes made it official that Kanye has lost his billionaire status in the wake of Adidas ending the partnership. In addition to this severe blow, several other deals falling apart including Gap might have had a detrimental effect on Kanye’s fortune, knocking him out of the billionaire club. According to the reports from Forbes, at the moment Kanye’s net worth is around $4oo million. Compared to his massive net worth a couple of years ago amounting to a whopping $1.3 billion, this is a major dip. Forbes states that most of Kanye’s riches at the moment are limited to selective sources that include real estate, liquid cash, his music catalog, and his less than 5 percent stake in Kim Kardashian’s Skims brand.

Although the termination of the partnership resulted in a considerable loss of profits for Adidas, the brand is not going back on its decision, thanks to Kanye’s offensive and anti-semitic remarks that seem to get worse with time. Right after Adidas made the major decision, Gap and FootLocker followed suit stating that they don’t tolerate any form of racism or antisemitism.

“Foot Locker, Inc. does not tolerate any form of antisemitism or hateful and discriminatory behavior. While we remain a partner with Adidas and carry a wide assortment of their collections – we will not be supporting any future Yeezy product drops,” a Foot Locker spokesperson said.

Just like uncle Ben said to Peter Parker, “With great power comes great responsibility,” and if one fails to live up to that, and even sabotage the same, consequences will follow. Kanye West is the perfect example of that.

Quite naturally, Twitter was crowded with reactions and responses following the termination of the partnership by Adidas. Kanye’s recent offensive comments created quite a stir and it looks like netizens are ready for a payback. Let us flip through a couple of them.

okay but forreal, the swift response to kanye’s antisemitism vs. the silence when he was tormenting the black community is reaaaaally something to witness.

FACT: Before Kanye West was "the face of Anti-Semitism," he was one of the hip-hop faces of misogynoir, anti-Blackness, Trumpism, and slavery-denial.

And y'all still gave him contracts, documentaries, endorsements, clothing deals, and millions that became billions.

There is still hope.

I am sure Kanye can still get a fashion deal with My Pillow.

“kanye is just trolling it’s not like anyone takes him seriously lol” pic.twitter.com/jHKmFZVYXf

They dropped him because their stock was falling hard and an analyst told them to in order to salvage their stock value they needed to drop him.

Nothing heroic about what they did.