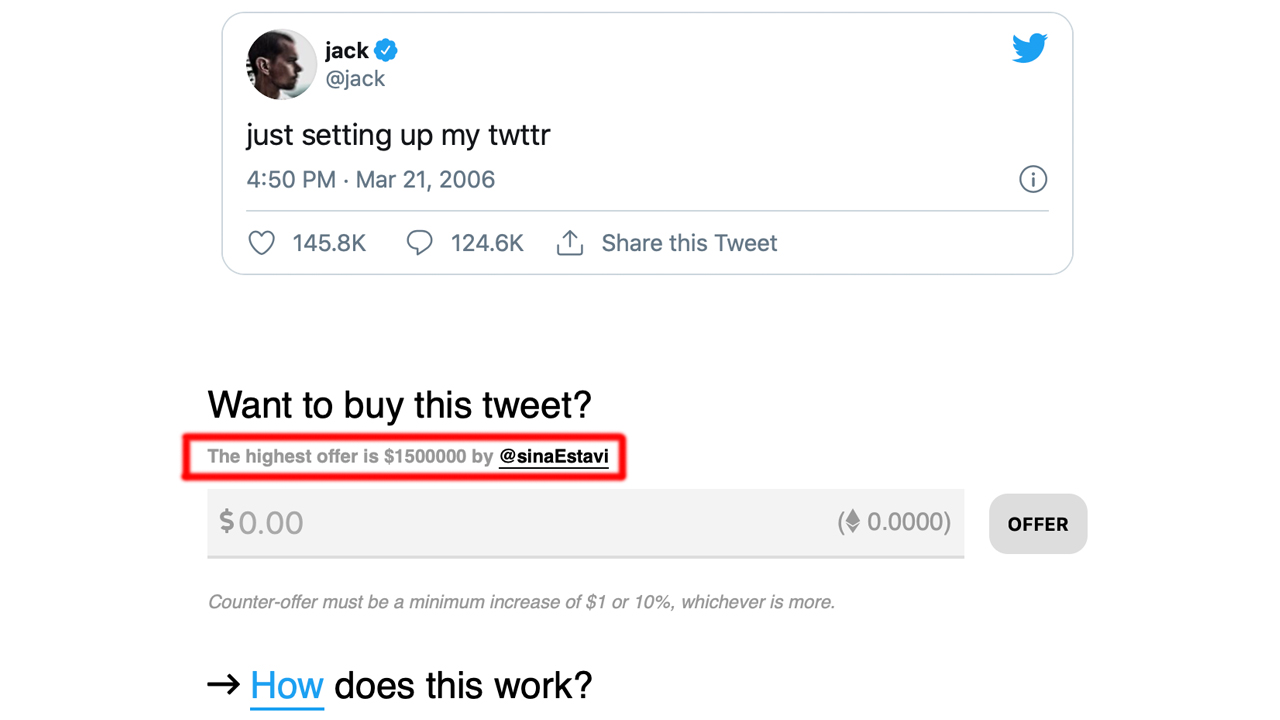 Twitter is one of the most popular social networking platforms in the world and that comes with a responsibility. According to multiple sources, the microblogging website is doing a pretty great job in protecting its user’s freedom of speech and right to voice out their opinions despite governmental pressures. Having said that, the company is launching new features every second day and making headlines, whether it be with Twitter’s subscription-based platform “Twitter Blue”, Super Likes feature, or even Twitter’s Clubhouse competitor “Spaces”. Twitter is evidently growing its portfolio as a company and apparently, it is now also getting involved with NFTs or Non-Fungible Tokens.

For those of you who don’t know, Non-Fungible Tokens or NFTs are digital assets with ownership recorded and certified on Blockchain technology, similar to transacting Bitcoin and other cryptocurrencies. Usually, an NFT is a digital collectible item that is appealing to individual users who are interested in the exclusivity of “owning” a digital asset in artwork in an indestructible capacity, as mentioned in a report by law.com.

Yesterday on June 30th, Twitter posted through its official account saying “140 free NFTs for 140 of you, besties” aiming at Twitter’s 140 initial character limit, according to TechCrunch. However, Twitter making NFTs cannot come as a shock to the industry because just recently, Twitter c-founder and Chief Executive Officer, Jack Dorsey sold his first Tweet as an NFT earlier this year. Blockchain is considered to be a safe and transparent form of financial transactions, dealing with cryptocurrencies and NFTs. As mentioned in a report by TechCrunch, Jack Dorsey’s NFT was sold through a website called “Valuable by Cent” that is completely unrelated to Twitter in every way.

Nevertheless, NFTs and Cryptocurrencies are still a hot topic for ongoing debates and their mining is heavily criticized by people and analysts all across the globe for its environmental impact. If I remember correctly, Elon Musk tweeted that his company will no longer be accepting Bitcoin because of its impact on the environment! But, how can a digital transaction cause harm to the environment?

According to the Digiconomist website, a single Ethereum transaction consumes more than 70.32 kWh, energy enough to power one household in the United States for 2.5 days straight. This transaction in Ethereum is equivalent to generate a carbon footprint of around 34kg of CO2- Carbon Dioxide.

There are technology giants like Apple that are removing charging adapters from their iPhone packaging to remove electronic waste in the world that amounts to a massive Carbon Footprint. The company has also announced to go 100% carbon footprint-free in the next 2 years. On the other hand, one Ethereum transaction can create up to 34Kg of Carbon Footprint and imagine how many transactions take place on a daily basis.

Twitter’s NFT drop today caught the headlines but the catch is that nobody can buy them. Twitter users can only reply to those tweets to get a chance to win any one of the 7 NFTs, that were reportedly minted on Rarible, an NFT marketplace, in additions of 20 NFTs which makes it a total of 140 NFTs.