Arevon Asset Management activated the 100MW/400 MWh Saticoy battery energy storage system. 142 Tesla Megapacks power their battery energy system. The power produced by this battery system is enough to power the entire city of Oxnard for four hours. And is considered as one of the largest in the United States. 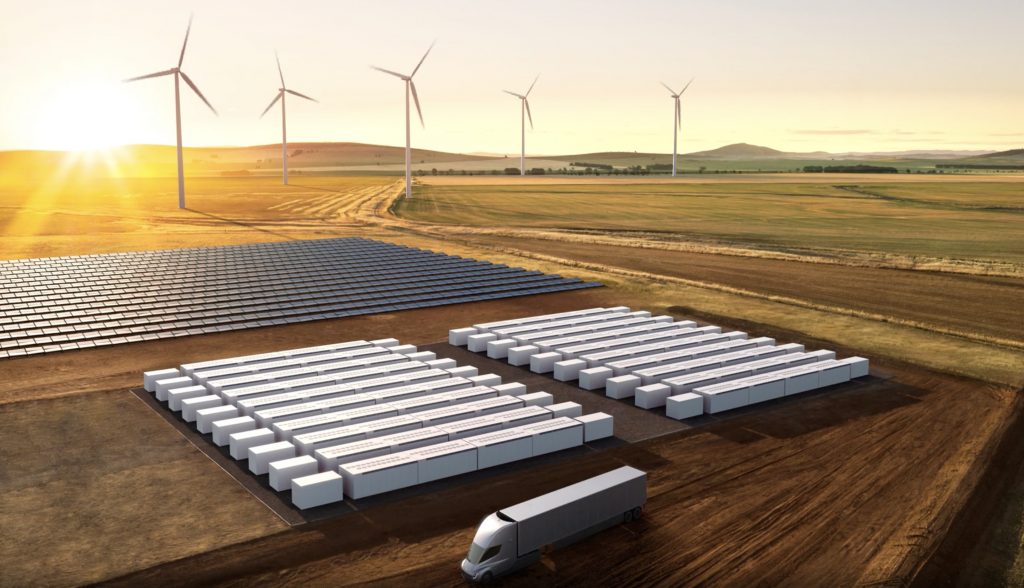 Strata Solar developed the Saticoy clean energy project. The project was completed in 9 months. Arevon acquired 51% of the Strata Solar. And the rest, 49%, is owned by S&B USA Energy.

Additionally, the megapacks used in these projects were made for giga-scale projects. The largest megapack that took 3-acre space earlier was planned to be used for a gas plant. Also, the land is located in Ventura County, California. In the last earnings call, Tesla’s CEO and founder Elon Musk talked about the importance of installing battery packs and power for local residential levels.

The battery storage system is installed; earlier, we had plans to install the gas peaker plant. As the local community helped stop the gas plant production, the renewable energy battery system is now in action.

In March 2021, Apple announced they would be used Tesla Megapack in their solar farm. Furthermore, in July 2020, Tesla megapacks installation was announced for the pacific gas and electric company. And 256 Megapacks were installed, which provide 182.5 MW of power and 730 MWh of energy storage capacity.

However, in practical use, the hydroelectric pumps are slow and take time to power. Having the battery storage system would is convenient and environmental friendly if they can be recycled. Most of Tesla’s parts are recyclable and thus considered as a better product as a renewable energy storage system. Also is considered safe because if the megapack gets caught in fire, it can be extinguished with water.