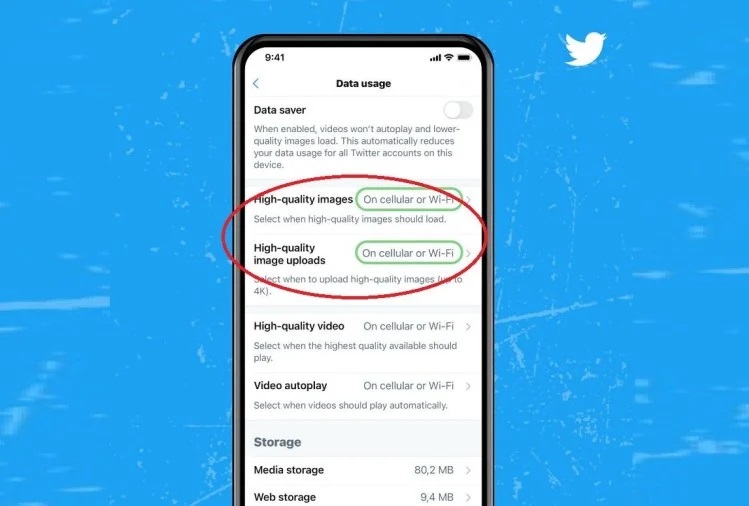 Get ready Twitter users because you are now going to experience your social media handle in 4K resolution. Twitter has recently announced that it is enabling 4K support for image tweets on iOS and Android devices, starting today.

The social media, micro-blogging website already supports high-resolution image quality for a better user experience and now 4K support is going to be a game-changer. Sharp and crisp images on Twitter have arrived and the internet is pretty excited about this new update.

As mentioned in a report by Engadget, Twitter’s high-quality pictures with 4096 x 4096 resolution work phenomenally on desktops and tablets, but for mobile devices i.e., iOS and Android, the default was capped at a maximum resolution of 2048 x 2048.

On April 22, Twitter Support made an announcement on the platform that 4K resolution images are now supported on both Android and iOS platforms and available to everyone.

However, it is not a one-day decision, according to multiple reports, the micro-blogging platform had been testing support for 4K before and the results have been pretty convincing.

High-resolution images are a must in this digital time and age, period. The world is at a point where livelihoods depend on social networks and people have literally built their careers on social media platforms such as Twitter, Instagram, Facebook, TikTok etc. With the worldwide availability of cheaper and faster internet, social media usage has gone significantly up and scrolling has become people’s favourite pass time.

Time to Tweet those high res pics –– the option to upload and view 4K images on Android and iOS is now available for everyone.

Twitter’s decision to kick up the competition with better image quality, 4K resolution is the best one it has made in a long time, at least for average consumers. Communication and interaction through images and videos have become a primary source of entertainment and value on the internet, so why stop at just high resolution, the user experience must be phenomenal and that is exactly what Twitter has just introduced.

Anyhow, Twitter has been considerate enough to give this new feature update as an option. Users can choose to load and upload 4K images from Cellular, Cellular + Wi-Fi or only Wi-Fi. The option can also be entirely disabled giving complete discretion to users.

Let us know your thoughts and experience of using 4K on Twitter in the comments section below.