Is the future of cryptocurrency in harmony with our environmental interests? Chinese grid blackout and recent studies have prompted debate on the consumption of coal-based energy for the process 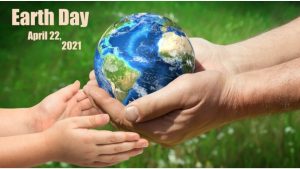 The Chinese grid blackout earlier this month has brought to attention the issue of dependency on coal-based electricity for Bitcoin mining in the Chinese provinces of Xinjiang and Sichuan. As the world celebrates Earth day this month and addresses environmental concerns raised due to this incident and the question of environmental harms caused by bitcoin mining is one of the most controversial issues where every person has an entirely different outlook on the causes and solutions of the problem.

Recently, a study was published in Nature journal the contents of which were attested by eminent academics from the likes of universities like Cornell. The study said that the dependency of Chinese bitcoin mining on coal-based electricity has put the entire globe at risk. The study used the Bitcoin Blockchain Carbon model to make deductions based on the data available. It said that being a signatory of the Paris Agreement which aims to prevent climate change, China has to cut down its production of greenhouse gases by 2030. The coal-based Bitcoin mining makes China renege on the promise of environment conservation.

The report paints a sad picture of Bitcoin mining and fails to underline the benefits of a decentralized cryptocurrency far overlook the preventable risks it presents itself with. It takes away monetary power from the hand of a single nation in the world by becoming a high-performing digital asset that is dependent on free-market trade. It takes away monopoly and prevents wars which in turn conserves the environment.

Besides this, the shift of digital cryptocurrency from non-renewable to renewable means of energy is positive news coming out of a sector that is just over a decade old. No other sector in history has shown such a shift in such a small time towards sustainability. A benchmark study coming out Cambridge University has said that 76% of cryptocurrency use renewable energy as a part of their energy resource out of which Hydroelectric power was the most common source of clean energy. Out of all energy used by digital currency like Bitcoin, Ethereum 39% of it is completely clean with zero carbon footprint.

Experts measuring the carbon footprint of digital currency have failed to look the other way to measure how much forest cover is lost globally every day to make paper for currency printing. The transformation of digital currency to a sustainable chain is at a very large scale on cryptocurrency and has the potential to go absolutely green in the future but traditional currency can never be green, it will always be made at a certain cost of environmental degradation.

The transformation of crypto mining has already begun in many places such as Iceland, a major center for Bitcoin mining in the world has a company named Genesis mining which is dependent on 100% renewable energy and is one of the largest miners in the world. The shift can be supplemented by creating new blockchains that incentivize miners by paying them more cryptocurrency to use clean energy in the process.