Twitter roasts Peter Schiff over his take on Gold Vs Bitcoin

It is a known fact that Peter Schiff and Bitcoin are not the best of friends. Schiff has been pretty consistent and determined in his opposition to the world’s largest cryptocurrency. It goes without saying that cryptocurrency as a whole is regarded with some amount of skepticism and doubt owing to its high volatility. However, that hasn’t hindered its growing popularity and acceptance. Bitcoin can even be used to get a sizzling cup of coffee from Starbucks today. Schiff’s latest tweet about Bitcoin didn’t go well with many of the Twitter users and they have been hitting back with reactions and responses. 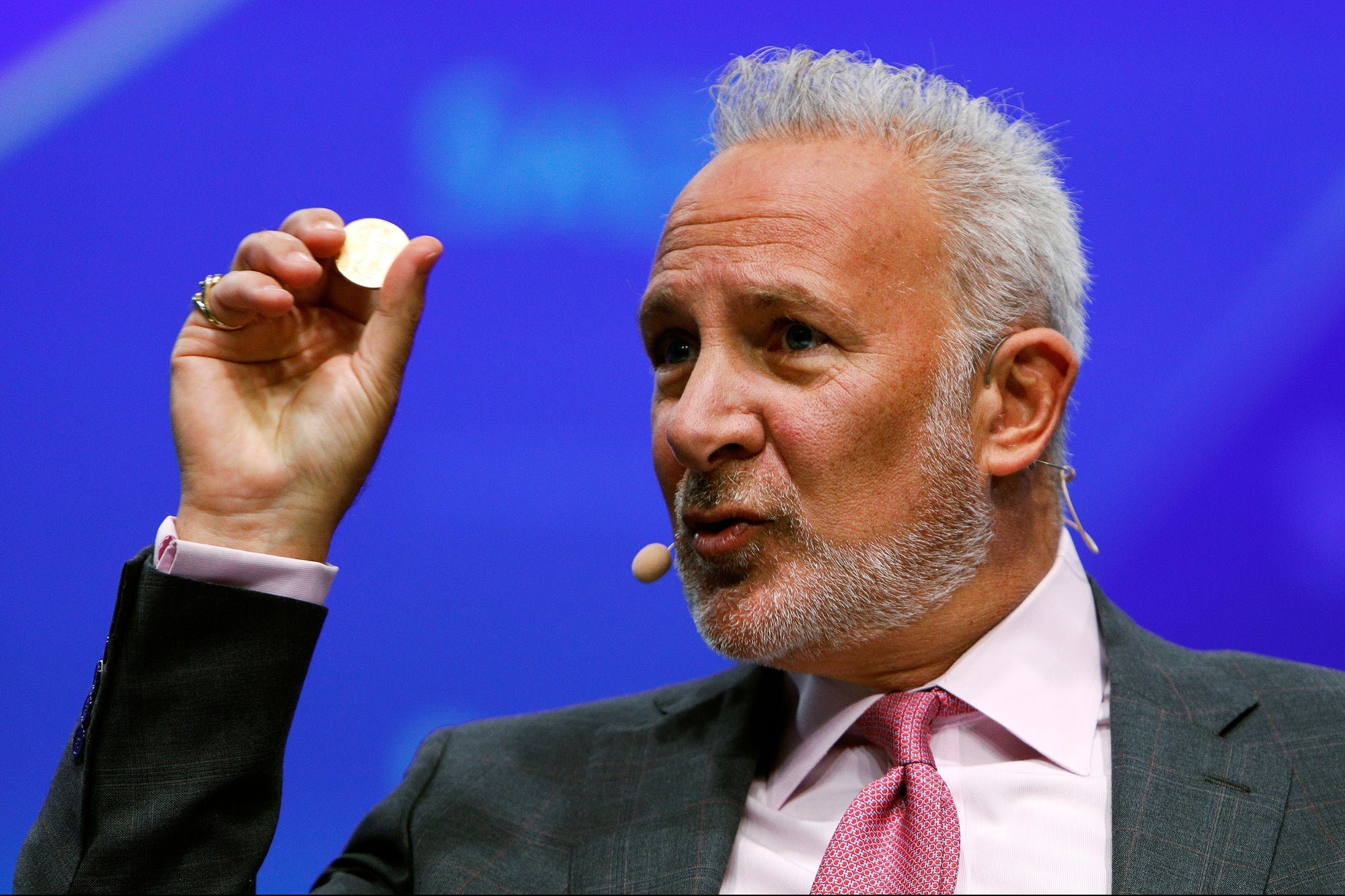 Schiff’s opposition to Bitcoin is not a new story. The renowned economist and investor has been quite vocal in his disapproval of the cryptocurrency. Schiff is of the opinion that Bitcoin lacks any intrinsic value. Let’s not forget about the debate between Schiff and Anthony Scaramucci less than two months ago wherein Schiff was declared the winner. Here is a snippet from the debate which might throw more light into the matter,

“in reality, Bitcoin and Gold have absolutely nothing in common.”

He had made pretty convincing arguments about the contrast between “price” and “value.” And about how gold has the latter while Bitcoin doesn’t. For Schiff, Bitcoin is nothing but a mere “Ponzi scheme” and a “giant pump and dump.” He had also expressed his disapproval and concern about his son investing all his savings in Bitcoin. A concern that is not totally baseless given the fact that Bitcoin investors are often signing up for a tumultuous roller coaster ride whose trajectory one cannot have any idea.

However this time Twitter is not very happy with Schiff trashing Bitcoin. And we all know very well what happens when Twitter is not happy with someone. The spotlight is turned on and the plethora of reactions and responses pour in. Take a look at the latest Tweet from Peter Schiff that got Twitterati talking.

In reaction to hotter than expected #inflation data #gold rose $18, closing near $1,850 per ounce, its highest level in five months. But while #Bitcoin initially pumped to a new all-time high close to $69,000, the ensuing dump sent it tumbling 8.5%, back below $63,000 at the low.

And now over to the responses on Twitter. Not everyone is happy and it is well reflected in the responses. Schiff might have intended to roast Bitcoin, fortunately, or unfortunately, he got roasted in return. Tough luck, isn’t it?

The “gold team” isn’t backing up Schiff either.

Peter, stop. This is sad.
You are not helping the #gold team with this.

The numbers speak more than the words.

Your analog shitcoin is down 77% in bitcoin terms over the past 12 months, down 98% over the past 5 years. pic.twitter.com/YUSdt4UFXd

How much has gold increased YTD vs Bitcoin?

The number of responses is proof enough for the growing support for Bitcoin. Schiff unintentionally might have created an opportunity for Bitcoin to shine.

You've been so quiet on #Bitcoin because you don't look intelligent when it keeps going up and you say bad things. But here you are again speaking non-sense and once again calling the bottom. Keep it up Peter pic.twitter.com/eJgoUWIrqi

Well, some might say that something is always better than nothing.

$18 huh? 😂
In all sincerity Peter, I hope you never buy Bitcoin. You truly don’t deserve the benefits.

So this got you excited? 🤡 pic.twitter.com/9zuqgWtjxP

Now that is an interesting theory. You never know.

I’m starting to think that Peter Schiff bashing bitcoin while promoting gold is a variant of “lost my bitcoin on a boat accident”.
Maybe @PeterSchiff has a huge bitcoin bag… maybe… he’s the real PlanB @100trillionUSD 😄

I hold gold. Gold was $2100 in 2012. My total gold portfolio has barely moved in nearly a DECADE. But because I'm not myopic, I also diversified into crypto and have made 10x-15x since. The more you know @PeterSchiff!

Don’t be stubborn. When you are going the wrong way you can always turn around.

Need a lesson on how to use sarcasm to land a sharp hit on someone? Here you go.

The difference is in your boomer gold, a change of $18 is massive. In Bitcoin, because it moves faster, a "tumble" of 8.5% may as well be FLAT.

Understand volatility, maybe then you can actually generate returns for yourself and your clients.

Twitterati is kind enough to give certain reminders.

do I need to remind you?! pic.twitter.com/1rFcccXMAQ

That is some really good advice.

Get some sleep Pete

You are really grasping at straws here lol 😂

Now that is some food for thought.