Russia had been in the process of causing social media and microblogging platform Twitter to slow down in a punitive manner, by imposing restrictions on its access to the masses (and people’s access to it). However, it softened its stance a bit, partially lifting the restrictions on Monday, when the company agreed to delete a considerable chunk of content that was deemed inappropriate by the Russian Senate.

Nevertheless, the country has also moved to warn other social media platforms based in the US, saying that they may well be prepared to face similar consequences, should they ever violate local legislations. 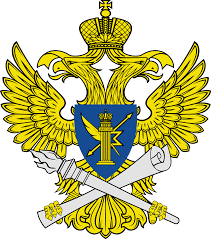 Alleging Twitter of not getting rid of objectionable content quickly, the communications watchdog of the country, known as Roskomnadzor, has been serving threats to get the platform blocked completely, all the while impeding its speed bit by bit, since March.

However, it backtracked somewhat from its decision on Monday, saying that the service no longer faced the threat of being blocked, and instead, will only be slowed down on mobile devices. A spokesperson for the company said that they will continue to hold talks with Roskomnadzor, adding that the platform is always working to create safe services to account holders.

The watchdog has also revealed that it has found evidence of other social media platforms, including YouTube and Facebook, having posted inappropriate content. It threatened to treat these platforms in a similar manner to Twitter, should they fail to remove the illegal content.

May 15 had been set as the deadline for Twitter to get rid of most of the banned content on its platform. The illegal content which the Roskomnadzor demanded be deleted, include information about drug abuse, child pornography, and calls for suicide by minors. In response, Twitter has said that it does not support or uphold any illegal behaviour, and observes a zero-tolerance policy when it comes to sexual exploitation of children. It also prohibits any content promoting self-harm or suicide.