Twitter witnesses yet another avalanche of reactions and responses following the announcement of a penalty on Robinhood imposed by the Financial Industry Regulatory Authority(FINRA). Although the popular online brokerage was anticipating a fine and had kept aside a particular sum, it did not foresee that the fine will be a whopping amount of $70 million.

Although Robinhood has made quite a popular name in the field of online brokerage, today was not exactly what it would call a pleasant day. FINRA had gone all out on the penalty taking into account every single erroneous feat and imposing a fine that’s the highest to date. Indeed, that is a record, only that it is not one of the right kind. The fine imposed on the company amounted to $57 million followed by a $13 million restitution to the various clients who suffered, amounting to a whopping $70 million. The company in advance had set aside an amount of $26.6 million anticipating the penalty. However, the blow was way too harder than expected. It won’t be an exaggeration to say that FINRA caught Robinhood unawares and managed to shake the ground beneath with significant force. 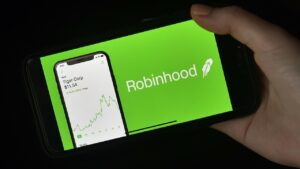 The penalty was imposed owing to the systemwide outages in addition to the communication and trading practices which were quite misleading causing tremendous inconvenience and losses to the customers. The penalty is a reminder that the stock market is not something one should take lightly. Diligence and prudence can prove to be good companions in the long run. Clearly, Robinhoodhad acquaintance with neither of those qualities. The string of charges against the online brokerage is quite vivid and in plenty. It starts with the technical failures that raised their head in March last year, the platform’s absolute lightheadedness, and zero diligence, allowing customers to place options trades without any foresight from their part. Another major charge that adds to the weight of the penalty is the misinformation conveyed to customers particularly during a time when the stock market was going through a quite sensitive time. Also, the fact that the platform chose to go offline during some of the brightest trading days doesn’t help their case either. 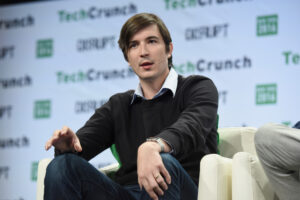 FINRA also mentioned the criticism and flak the platform received following the suicide of a trader who was only 20 years old, who is thought to have killed himself due to the huge losses suffered on Robinhood. Although Robinhood decided to wear the cloak of silence regarding the issue, neither denying nor accepting the charges, it does look like a rather dark shadow above its head that is already hung low with the weight of a huge penalty.

It is a known fact that every news and announcement echoes twice as hard on Twitter. And it was no different with the news of the penalty imposed on Robinhood. Following the news, Twitter saw a shower of reactions and responses with varying opinions. While the majority of the users had their emotions set to default fury at the online brokerage, a small minority went on to praise the innovations brought forth in the field by Robinhood despite the charges stacked against it.

The fact that the hard blow comes just months before Robinhood was about to go public adds to the gravity of the news. When all is said and done, one should accept the simple fact that you cannot always get away with everything whether it be this Robinhood or that. Here is a set of reactions and responses from Twitter following the news.

Despite #Robinhood hiccups and controversies, they have set a trend that gave millions access to the #StockMarket for free or extremely low cost. pic.twitter.com/BUmZSfAo0Y

If you're still using #Robinhood, GET THE F OUT!!!! rookie mistake. #amc

Add another zero on that penalty, otherwise it’s just a slap on the wrist #Robinhood https://t.co/rorNyCLhr0

#Robinhood got off lucky… should have been more https://t.co/rhWLEcTNyM

Robinhoods 70M dollar settlement is a slap on the wrist for a company worth 11.7B. By dismissing accountability we are breading irresponsibility. Restoring it is essential to the economic and fiscal health of our future generations. $AMC