Twitter witnesses a torrent of hilarious memes as Bitcoin crashes

Meme fest is back on Twitter yet again following the crash in prices of Bitcoin and other cryptocurrencies on Saturday. It seems like the crypto domain is not in for a happy weekend. Although the drop in price is not a new scenario, the fact remains that every time the crypto roller coaster goes down, investors go into a frenzy with the whole dilemma of whether to buy the dip or hold. And more often than not this mental tumult is expressed in the form of hilarious memes. Like Chandler said, “I use humor as a defense mechanism.” It seems like the entire crypto community follows that advice every time the graph falls. 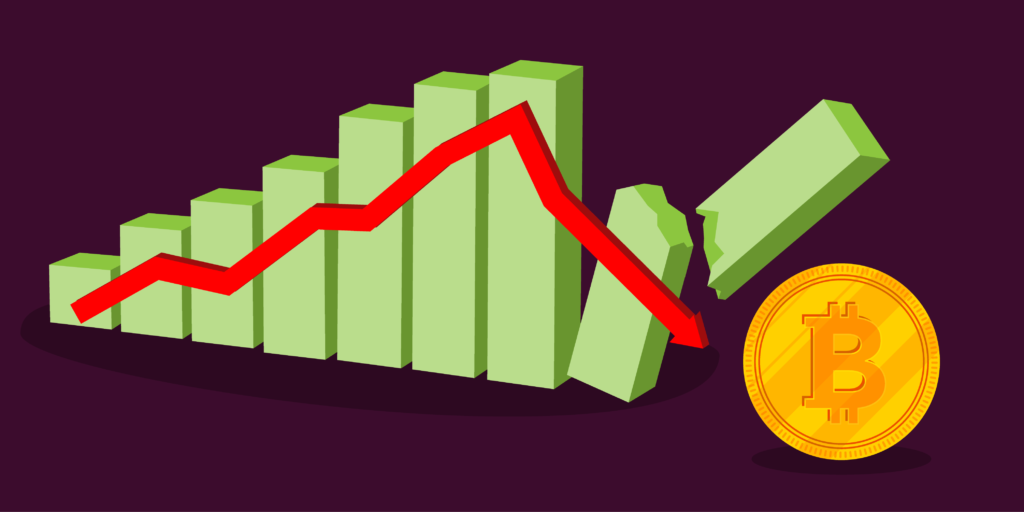 The plunge that shook the market on Saturday is attributed to the risk aversion that is leaving an impact across the financial markets. Following the plunge, the world’s largest cryptocurrency fell by almost 10 percent to $42,296 after trading for $48,300. And if the reports are to be believed, the decline has crossed 20 percent. This is despite touching an all-time high on the 10th of November. It hasn’t been a good time for Ether either. It fell by almost 17.4 percent. The plunge has taken its toll on the crypto domain in general as it witnesses a decline in its value to $2.2 trillion. This is according to the reports of CoinGecko.

Cryptocurrencies are volatile and uncertain, and that is not a new thing. With its 24/7 trading, the prices can dwindle and swing particularly on the weekends. The reasons are many. Sometimes it is the reduced trading volumes and at other times the prices may fall due to the disconnected market structure of the multitude of exchanges. And at the moment, the climate hasn’t been favorable for financial markets in general as it is being constantly hit by various challenging factors ranging from inflation to the omicron. With inflation in place, Central banks have no choice but to tighten their monetary policy. The omicron variant is also proving to be a major question mark for the global economy in general.

As usual, the news of the crash acted as a catalyst for the downpour of hilarious memes and responses on Twitter. Every time crypto crashes, it’s as if Twitter gets into a sarcastic high to cope with the effects. And as a result, we have a chain of memes that put us in a dilemma whether to laugh or cry. Let us flip through a couple of these memes that sprang up on Twitter like mushrooms during monsoon following the news of the crash.

Experience is what matters

This meme never gets old.

Don’t know whether to cry or laugh.

At least the crash is helping Twitterati work on their meme-making skills.

1 of my client sent me yesterday through whatsapp, learning material…#cryptocrash pic.twitter.com/3mbZAeHrrL

Not my work, but this is definitely going to apply for many first timers. 🤣#cryptocrash #buythedip pic.twitter.com/HFGMo7cYPA

Now that is accurate.

You know if you know.

Every person on my TL on crypto Twitter ready to meet this man lmao #btc #cryptocrash pic.twitter.com/e7vTAya6IB

MFers who invested everything in cryptocurrency seeing #cryptocrash trending pic.twitter.com/sHVA6WrBoP