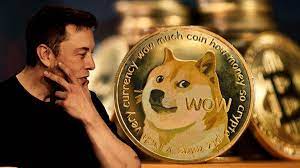 Online social networking platform, Twitter in its recent official disclosure mentioned that they will be having a halt on their motives of working towards the creation of a cryptocurrency wallet through the Twitter development path.

The statement has resulted in an as negative message to the cryptocurrency market with the price of dogecoin sank by 10% in the recent traces market.

Elon Musk is considered to be one of the enthusiasts of dogecoin. The price of this cryptocurrency increased exponentially in recent years. The price increase of the cryptocurrency dogecoin has been again celebrated by Elon Musk’s purchase of Twitter.

Under the leadership of Elon musk, Twitter wants to expand its multiple horizons so in this move it wants to limit its movement in some risky areas. This can be considered as one of the moves for a halt Twitter, on the building of a cryptocurrency platform.

But the company has not given any specific reason for halting its plans for the growth of Twitter into a crypto platform at this present section. As part of the improvements and growth of the Twitter platform, the company wants to introduce some new measures like the free speech platform and the interactive community platform. Musk has been actively looking at this goal, by getting into mass hiring along with huge firing policies in the last months.

The social networking and sharing platform Twitter American company is considered one of the leading social media companies in the world. The platform is having currently 390 million + users globally. The platform is considered the best platform to interact and share your opinion with the help of small tweets. This year in October the platform was acquired by Elon musk.

The musk is considered one of the enthusiasts of cryptocurrencies dogecoin. He has been using this cryptocurrency as a form of a Purchase option in his other companies like Tesla and SolarCity. Elon musk has also publicly admired the features of dogecoin as one of the leading cryptocurrencies.

Elon musk is also said to have 2.5 million Dogecoin cryptocurrency assets with him as a part of his crypto investments in this digital asset.