In late June, Uber CEO Dara Khosrowshahi delivered for UberEats on the bike, and San Francisco’s crowded streets didn’t seem to be kind to him.

Khosrowshahi admitted in a wide-ranging interview with The New York Times’s Maureen Dowd published on Friday that he was initially concerned about delivering for his ride-hailing company’s food-delivery branch and that the city’s traffic may have played a role. 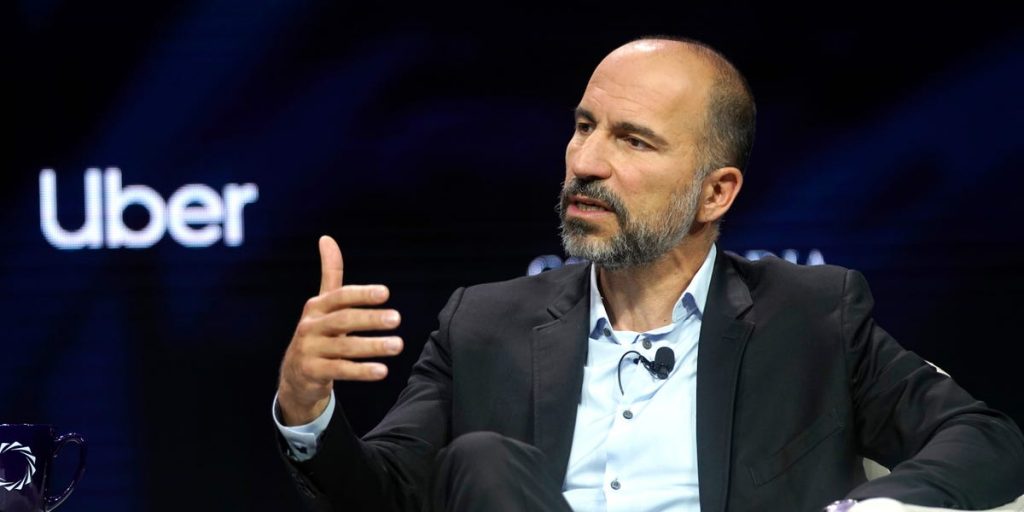 “I almost died delivering to the baseball stadium,” Khosrowshahi remarked, referring to Oracle Park, which is located in the city’s Financial District. “The Giants game was about to begin, and the traffic was insane. Someone must have known I’m a Mets fan, according to my theory.”

Spent a few hours delivering for @UberEats. 1. SF is an absolutely beautiful town. 2. Restaurant workers were incredibly nice, every time. 3. It was busy!! – 3:24 delivering out of 3:30 online. 4. I'm hungry – time to order some 🍔🍟🍺 pic.twitter.com/cXS1sVtGhS

In late June, Khosrowshahi tweeted that he had “spent a few hours delivering” over two days. To deliver the meal, he shared a photo of himself wearing a helmet and a bright green backpack.

In one day, the executive stated he made $106.71 in gratuities or approximately 0.3 percent of his regular pay.

He also stated on Twitter that his second day of delivery was “not as wonderful as day one,” owing to traffic.

In 2017, Khosrowshahi left Expedia, where he had quadrupled sales in a decade, to take over Uber from Travis Kalanick, whose name had become synonymous with rash business decisions and Silicon Valley’s nasty bro excesses.

“For others, there is a nagging, persistent concern: Is Uber under Dara Khosrowshahi still going to swing for the fences?” writes New York Times writer Mike Isaac in his 2019 book, “Super Pumped: The Battle for Uber” (soon to be a Showtime drama from the “Billions” crew). Or has Uber lost its desire for moonshots and global dominance — the seductive Travis-like ambitions that drew them in the first place?

Mr. Khosrowshahi added, “Right now, I fantasise of pressing a button and having a piano delivered to your home in an hour and a half.” “I believe that would be fantastic.”

Mr. Khosrowshahi was commended by Andrew Macdonald who is Uber’s senior vice president of mobility, and has worked under two CEOs, for altering “our culture values is to do the right thing.”

Eats was a $2.5 billion business when he joined and soon it’ll be above $50 billion now, he said. Eats will be larger in volume than Rides, owing to the fact that with Eats, we’ll go to the grocery store, the pharmacy, and every other type of local trade. It’s a more expansive market.” he exclaimed.