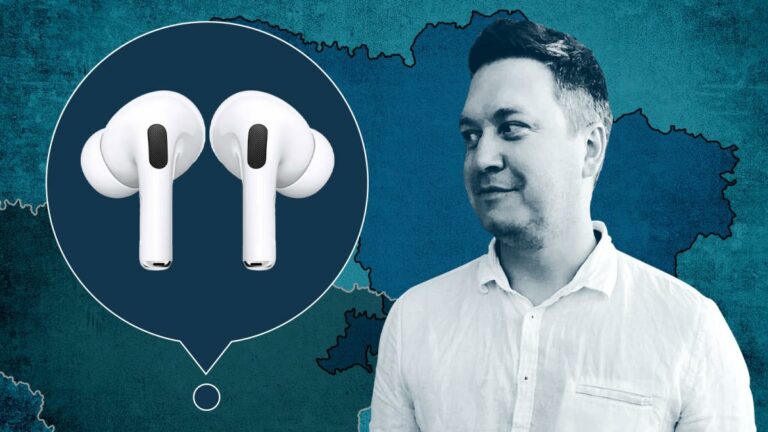 Reports this week specify how a man from Ukraine has been discreetly following the movements of the troops from Russia. He has been doing is by using the Apple device’s tracking function to locate the whereabouts of his AirPods which were stolen.

The man, Vitaliy Semenets said that his Bluetooth earbud device was swiped from his home in Hostomel. It is located about 17 miles northwest of the Ukrainian capital, Kyiv. The incident of the AirPods being stolen occurred during the initial days of the Russian invasion of Ukraine. The first ones to report on the developments in this case where the Times of London.

After losing his device, he went on to track his stolen Bluetooth device as they appeared to cross the border into Belarus. Soon after, they appeared to have reached Belgorod. It is the Russian city where troops have reportedly massed get themselves ready for the Donbas.

How did the news come into attention?

Recently, Semenets shared this sneaky operation he executed on Instagram, tagging the official page of Apple Inc. On the post, He thanked the ‘technology,’ which helped him identify where his AirPods were at that exact moment. He specified these details alongside a map of the specific location of the Apple device.

Semenets mentioned that the Bluetooth earbuds were “looted” by the Russian “orcs,” the fictional monsters from “The Lord of the Rings” series. Several Ukrainians use these names to describe the aggressor forces of Russia. The post on Instagram gained more than 28,000 like in a rather short duration. Moreover, one user commented, “@apple please get him replacement AirPods.” This comes across as one of the main instances when technology has come in aid to track and understand the whereabouts of opposing forces.

Among other developments in Ukraine amidst the invasion, several reports specify how Russian troops are raiding valuable goods from homes in Ukraine. According to experts, this is an indication of disorganisation and lack of discipline of the invading forces. Moreover, CCTV footages showed how the troops were wrapping up goods such as laptops, e-scooters and washing machines in a post office at Belarus. Reportedly, they wanted to send these materials to their homes back in Russia. Cumulatively, about two tonnes of such material have been shipped off to Russia by as much as 16 Russian troops. Apparently, a soldier was even given a shopping list to purchase luxury items for a relative.