Unjected chucked out of App Store for violating COVID policies

Unjected, an app which has been advertising itself as a “safe place” for everyone who refuse to get themselves vaccinated against the COVID, so that they can “come together uncensored” for a variety of purposes, from love and friendship, to business, has been chucked out of the Apple App Store, after it was found to be in violation of the tech giant’s COVID policies, and even tried to maneuver around the review policy on App Store.

Interestingly, Apple apparently became aware of the issue only when news platform Bloomberg published a report on the same, which delved into the a comparison of how Apple and Google, two of the biggest phone OS brands in the world, have been dealing with the spread of COVID and anti-vaxx misinformation through the app’s interface. Apple then took down the app on Saturday.

Meanwhile, Google has not yet deleted the app from its Google Play Store, but it had served a warning to Unjected’s founders back in mid-July, highlighting how the social feed on the platform is spreading vaccine misinformation. Most of these include user-generated false content, some of which claim that “experimental mRNA gene modifiers” are present in vaccines, while others make readers believe that nanotechnology microchips are being fed into the same vaccines.

Another common false assertion claims that many people who got vaccinated have experienced “adverse event.” The app can still be found on Play Store, after the developers apparently complied with the directions and got rid of the social feed. However, Bloomberg source has claimed that the group has been planning to relaunch the feed in a more inconspicuous way, so as to remain “under the radar.” 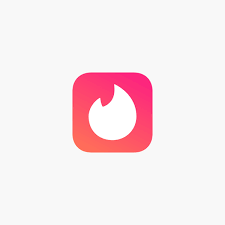 Meanwhile, Unjected has said in a statement that it considers the measures taken by Google and Apple to censor opinions about the “medical autonomy and freedom of choice,” of their users, as “unfair.”

Interestingly, the platform has been set up to help people meet others with likes and preferences similar to them, mostly in a bid to find romance (business and other services are on the cards too, though). So it’s not surprising that Bloomberg has resorted to blatantly calling the application the “Tinder for anti-vaxxers.” As such, its vaccine misinformation campaign had gotten headway as an increasing number of anti-vaxxers took to its service, especially since the leaders among dating apps started urging users to take the jab forging partnerships with the White House itself. That all eventually went down the drain though, when Unjected was booted out of the App Store.