eToro, the Israel-based multi-asset investment platform lists Shiba Inu, the popular meme token that rocketed to fame following a single tweet from Musk. Seems like Dogecoin and Shiba Inu are fated to be in neck-to-neck competition no matter what. Because the listing comes just a few months after Dogecoin was listed by the platform. eToro stated that this decision of adding Shiba Inu is due to strong demand from the customers. Whatever the argument, the fact stands that Shiba Inu is on the right road to progress. 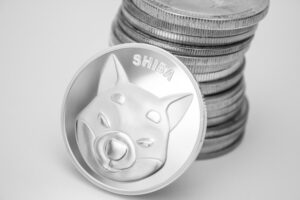 eToro is a multi-asset management platform founded in 2006. Since its inception in 2006, the brokerage company has made its presence felt across nations like the US, several European countries, and Australia. And this year, the company is all set to go public. The addition of the meme token is a response to the strong customer demand. eToro users, from now on will be able to avail the popular meme coin. This will be as “Shiba (in millions).” This is not something trivial as that is a good amount of million Shiba Inu units. This arrangement will have the benefit of easing up the customers helping them understand the workings of the pricing using a regular two-decimal point format.

The addition of Shiba Inu has caused a deeper tremor because of the fact that not very long ago, the company had listed Dogecoin as well. Dogecoin, the most popular meme coin that had rocketed to an all-time high following the listing. However, the fate of Shiba Inu wasn’t the same in May. Its initial glory did not last long as it fell by 80% in May after hitting a record high in mid-May. Talk about fall from glory. We will have to wait and see if the meme coin will be able to retain its crown yet again.

eToro has long been planning to go public and it will happen this year after merging with a Special Purpose Acquisition Company(SPAC). This will be with a total evaluation of about $10 billion.