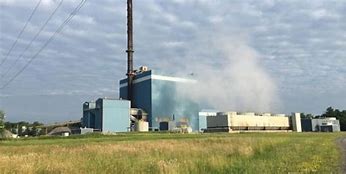 The US-based Bitcoin miner Stronghold is a vertically integrated company that runs on the reclamation of coal mining sites. Founded in 2021, the company wholly owns a low-cost power regeneration facility in Pennsylvania. The business model of the company is based on the premise of sustainability which is at its core. Scrubgrass Generation Plant in Venango County is its first power generation facility, allowing to rehabilitate large areas of land that were destroyed as a result of waste coal acid drainage (AMD) from previous coal mines. The company restores coal minefields by turning waste coal into power which in turn runs Bitcoin mines that would otherwise pollute water bodies like streams and rivers in the state of Pennsylvania.

Stronghold is said to raise $100 million through IPO’s filing to the US Securities and Exchange Commission (SEC) on 27th July. The company is also leaning to list their Class A common stock on Nasdaq, an index of around 3000 stocks listed with stocks of well-known tech giants like Apple, Google, Microsoft, and so on.

The Pennsylvania-based Stronghold filed its S-1 form Tuesday with the SEC, proposing a $100m IPO. https://t.co/IVGZrb2xMD

Previously, In June the company had raised $105 million from 2 private placements from MG Capital and a former senior partner at the private equity firm Apollo Global Management, Grey Beard. Grey Beard is as of now listed as Stronghold’s co-chairman and CEO. The company has claimed to have eliminated 200 tonnes of waste coal for each Bitcoin that was mined.

Stronghold currently operates around 1,800 bitcoin mining rigs with a total hash rate capacity of 85 petahashes per second (PH/s). And the firm entered into three definitive agreements with multiple suppliers to purchase over 27,300 additional miners, of which the vast majority is scheduled to be delivered in 2021, the filing said.

The company is said to use part of its IPO funds for purchasing additional miners and increase its hash rate capacity. Stronghold says the firm would sell bitcoin for fiat currency “from time to time” in covering operating costs based on their internal cash management policy.

Bitcoin has a negative reputation for its unsustainability, Bitcoin mining and keeping them secure requires a lot of cheap coal, especially in China. Reports show that powering and securing a Bitcoin mine takes as much energy as a small country like New Zealand. Amidst this carbon problem, companies are trying to find innovative methods to be sustainable as well as remain profitable. Pennsylvania is estimated to have 22o million tonnes of coal waste over decades of coal mining, does Stronghold bring up a solution to this problem?