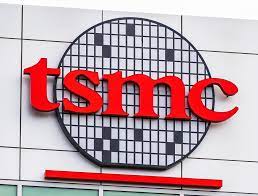 USA state governor of the state of Arizona paid a visit to the country, the visit is significant as it comes in the backdrop of tension between the two superpowers over semiconductor Chips. Taiwan President Tsai Ing-wen said on the occasion that it looks forward to a partnership with the USA in producing ‘democratic chips’.

Reportedly many US senators have paid a visit to Taiwan in recent times, after speaker Nancy Pelosi’s visit. China has strongly objected to the visit of officials from the US. Semiconductors are an important component in electronic gadgets like computers, phones and cars.

According to reports, one of the main aims of the governor’s visit was to sign a deal with Taiwan on Semiconductors. Arizona governor told the Taiwan president that America’s Partnership with Taiwan was of the highest value in the industry and that the TSMC legacy gives new hope for better relations between the two in the future.

Taiwan’s President replied back saying that, it looks to strengthen its association with the USA in semiconductor chips as well as in other areas. “In the face of authoritarian expansionism and the challenges of the post-pandemic era, Taiwan seeks to bolster cooperation with the United States in the semiconductor and other high-tech industries,” Tsai said at the meeting in the presidential office in Taipei.

The world is currently grappling with the shortage of semiconductor chips. One of the main reasons attributed to the shortage of chips is a hike in demand for personal computers and the lack of availability of human resources to produce them, engendered by the Corona 19 pandemic.

The problem is further magnified by an additional demand by the rise of cryptocurrency which is now competing with traditional consumers. The tension between China and USA and Russia Ukraine War are among the other reasons for the chip crunch.

China and Taiwan have been at loggerheads recently. The relationship between China and Taiwan has been deteriorating since the post-Pelosi visit in August this year. China has also been conducting military drills to display its anger after Pelosi’s visits. Taiwan has rejected the China claim and is aiming to align itself with powerful nations to consolidate its position.